PETALUMA, Calif. - A Petaluma man died after being Tased and placed in what’s known as a carotid hold -- police maneuvers used because authorities said the 52-year-old man with a host of medical problems wouldn’t comply with their orders, which included pulling over in what had been reported as a stolen car.

Turns out though, that David Glen Ward had been driving his own 2003 green Honda Civic on the day before Thanksgiving, police acknowledged this week in a news release.

Ward reported the Honda as carjacked, but somehow, it had been recovered three days later, unbeknownst to police.

So, when deputies and police spotted what they thought was Ward’s stolen Honda, they tried to pull over the driver, not realizing it was Ward himself.

They stunned him with a Taser, broke his car window and placed him in a carotid neck hold, police said. That’s because authorities said Ward didn’t stop his car, led them on a chase and ended up hitting two officers, according to Santa Rosa police, the agency now conducting a criminal investigation into Ward’s death.

Ward, who had a history of prior health problems, died shortly after being taken out of his car and placed into handcuffs.

On Tuesday, Santa Rosa Police Lt. Dan Marincik said the investigation will be “lengthy and could take several months,” before his agency turns over its findings to the District Attorney, who will then determine if charges will be filed.

As for any comments regarding the fatal mistake?

“Being a police officer, this is the last thing we want to have happen,” Marincik said. “We never want to be involved with a use-of-force death. Our condolences go out to the family.”

Valencia, from the sheriff’s office, also sent his condolences to the family, adding, “We never want someone to die. That’s not our goal. We always want things to end peacefully.” 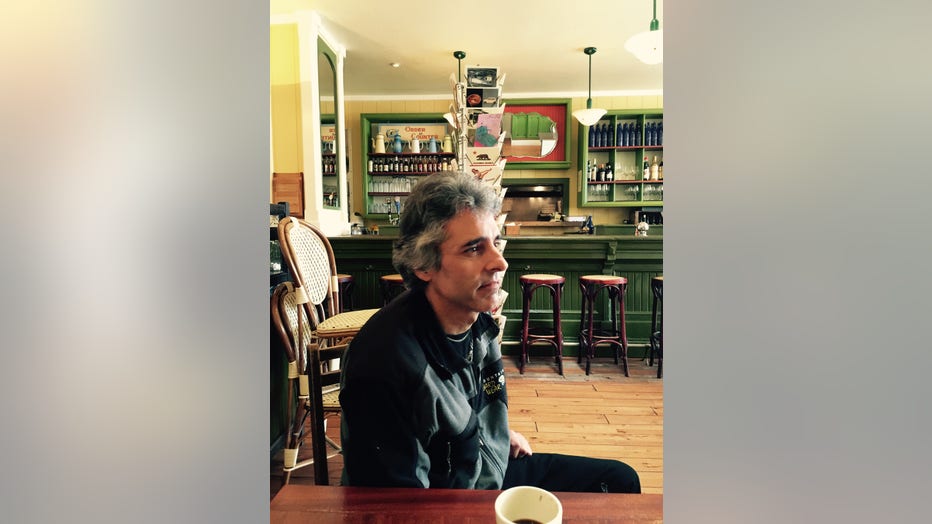 David Ward of Petaluma began getting depressed after his father died four years ago.

“I’ve been told very little,” she said. “I don’t know the truth. I’m not angry, but I want the officers to be held accountable for what happened. They were so rough.”

She said her son had medical issues, such as suffering from heart and breathing problems. He used an oxygen tank. And he used a wheelchair after being injured in a drunk driving accident 15 or 20 years ago, she said.

She said if he had been asked to get out of the car, it would have taken him at least 10 minutes to move his body to meet any demands. He also did not have a job and had a history of drug use, she said.

As for why her son wouldn’t stop for police?

Relatives said Ward was never quite the same emotionally after his father died four years ago, as he had relied heavily on his Dad for support. His father had left Ward his home and the green Honda.

Santa Rosa police provided a timeline of what they say happened on the day that Ward was killed. At this point, no body camera video has been provided to corroborate the events as described by police. Valencia said the department has 45 days to release the footage, unless that is delayed because of the ongoing investigation.

Police say David Ward wouldn't comply with their orders, which is when they stunned him with a Taser and put him in a corotid hold. He died shortly after on Nov. 27, 2019

Here is the timeline of events as detailed by Santa Rosa police and interviews with Ward's family.

Aguilera said the first thing she thought of was that her brother might have left his oxygen tank at home and might have panicked to go get it. She also wondered why he would have been up so early in the morning as he was not an early bird.

David Ward loved nature and was creative, his sister said.

The officers tried to get Ward out of the Honda by removing him through the driver’s window.  They also said they “struggled to remove Ward from the vehicle” but couldn’t get him out. At one point during the struggle, police said Ward hit Little and Blount.

The deputies and officers used personal body weapons and struck Ward several times to try to get him to obey them and get him out of his car, police said.

After several minutes, Little then pulled out his Taser and deployed it at Ward through the driver’s window. It was not effective and Ward continued to struggle, police said.

Blount then placed one of his arms around Ward’s neck and tried to administer a carotid restraint, which if administered properly is not supposed to constrict the airway.  This type of restraint is permitted under the sheriff’s use-of-force policy in certain cases, like if a suspect is actively resisting or “assaultive.” To use it, deputies must be trained in this practice. Police have not released the deputies’ training history in connection to Ward’s death.  Sometimes the hold is called a "sleeper hold," because it is supposed to render a person temporarily unconscious.

Stockton then broke the front passenger window of the Honda with his baton, and opened the passenger door, police said. Police were then able to remove Ward from the car and they placed him in handcuffs.

Ward's sister said she simply doesn't know why police had to act as quickly as they did, especially if they noted her brother was acting incoherently.

"Why the rush?" she asked out loud.

Anyone with additional information regarding Ward’s death should call our Violent Crimes Investigations Team at (707) 543-3590.