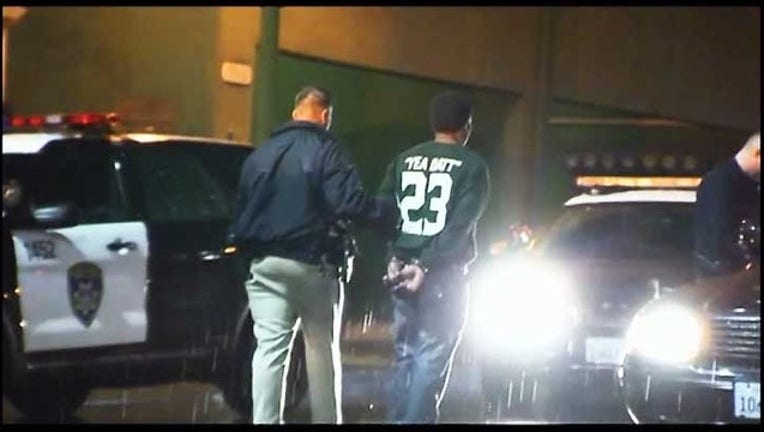 Damani Spears was taken into custody when the chase came to an end in the vicinity of 90th Avenue and Macarthur Boulevard because of serious damage to the stolen 2014 Lexus he was driving, according to CHP Officer Sean Wilkenfeld.

"The front left wheel was completely gone," Wilkenfeld said. "He didn't get very far once the wheel fell off."

Officers spotted the car and attempted to make a traffic stop on westbound state Highway 24 just east of the Caldecott Tunnel around 3:45 a.m., according to Wilkenfeld.