Investigators say there's been a huge increase in this type of crime in their city and regionally. 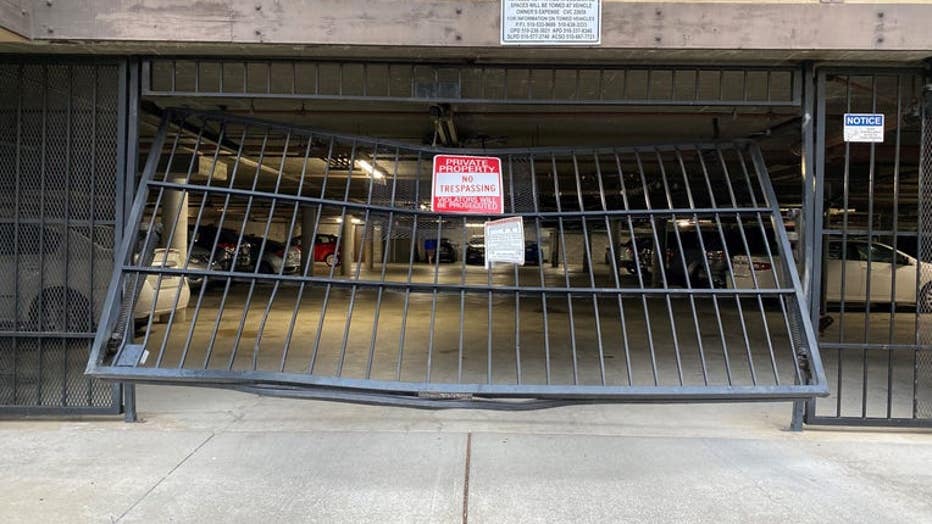 One theft took place on the 1100 block of Carpentier Street at the parking garage of an apartment building.

There's a notice posted by the management saying that the thieves may have gained access by following another car into the garage.

The theft happened shortly before 7 a.m. Police responded to a report of a catalytic converter theft inside the garage.

When officers arrived, the suspects and the getaway vehicle were still inside.

The thieves crashed through the gate as they were escaping and they also struck an officer.

"It was a really big bang. You heard it. It woke me up out of my sleep," says Kameisha Simpson, a tenant in the apartment building.

There was a chase that led police into Oakland where they arrested the driver.

There has also been an increase in this type of theft regionally.

At The Model Garage in Berkeley, owner Robert Perkins shows KTVU one of the two vehicles awaiting a replacement catalytic converter after they were stolen over the weekend.

"Span this section of pipe. It's been cut here. There are a couple of sensors that have been removed," Perkin says as he points to the space underneath the Honda CRV where the catalytic converter would have been located.

He says there has been a steady stream of customers who have had their catalytic converters stolen.

Victims usually discover the theft when they hear a loud noise when they start their vehicles.

She says the catalytic converter from her motor home was stolen in late May and she's still waiting for a replacement, "My family and I can't enjoy our motor home. I can't take my grandkids camping. I can't do anything. We're just stuck."

"That's about $375 installed," Perkins says as he points to aluminum shields designed to be a deterrent, "the customer saved a $3,000 catalytic converter by having this installed."

He says a theft takes only 3 to 4 minutes.

For Simpson, who lives in the apartment building where the theft took place, she says she's concerned about her car. "I don't know what I'm going to do. I pray to god that doesn't happen to me."

Police are advising vehicle owners to install aftermarket guards under their vehicles.

They say the officer who was struck suffered minor injuries.