Chandler Parsons was involved in a car crash with a drunk driver, according his lawyers. They say his injuries may be career-ending.

ATLANTA - Atlanta Hawks small forward Chandler Parsons said he suffered "multiple severe and permanent injuries" as a result of a car crash earlier this month, which could "potentially" end his career. 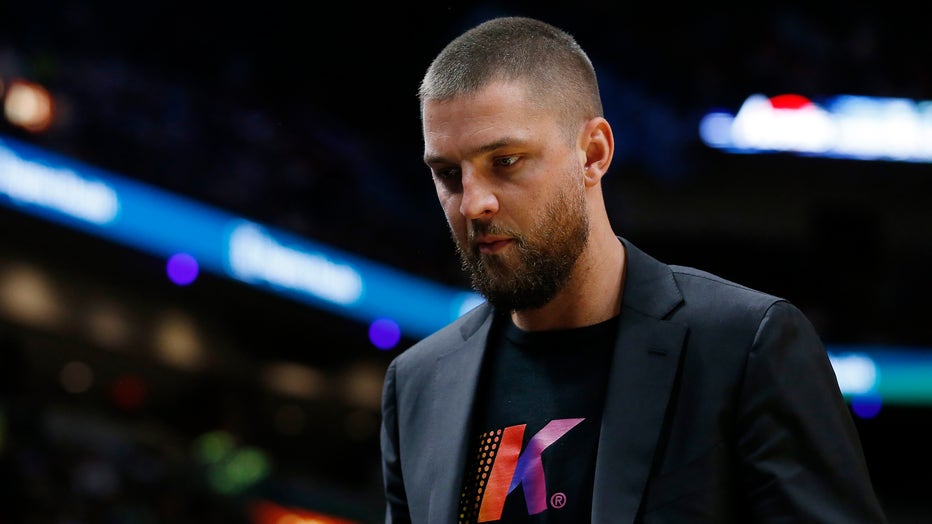 MIAMI, FLORIDA - OCTOBER 29: Chandler Parsons #31 of the Atlanta Hawks looks on against the Miami Heat during the first half at American Airlines Arena on October 29, 2019 in Miami, Florida. NOTE TO USER: User expressly acknowledges and agrees that,

Parsons was heading home from practice shortly before 2 p.m. on Jan. 15 when he was struck by a driver who was arrested for drinking and driving, officials said.

Parsons suffered a traumatic brain injury, disc herniation, and a torn labrum, according to a news release from his attorneys, Morgan & Morgan.

MORE NEWS FROM THE ATLANTA HAWKS

"Chandler was seriously injured in this crash, which never should have occurred," Morgan & Morgan said in an issued statement. "The at-fault driver created utter chaos on the roadway, needlessly endangering the lives of countless motorists; he now stands charged with DUI, admitted drinking, had alcohol in the car with him, passed out after causing a three-car crash at 2:00PM on a Wednesday in a busy intersection, seriously injuring and potentially ending Mr. Parsons’ career as a professional athlete."

“Chandler is having a difficult time accepting the consequences of the defendant’s reckless conduct on the roadway."

Parsons said he is working with a team of doctors to regain his health, but said that his his ability to return to play is "unclear."