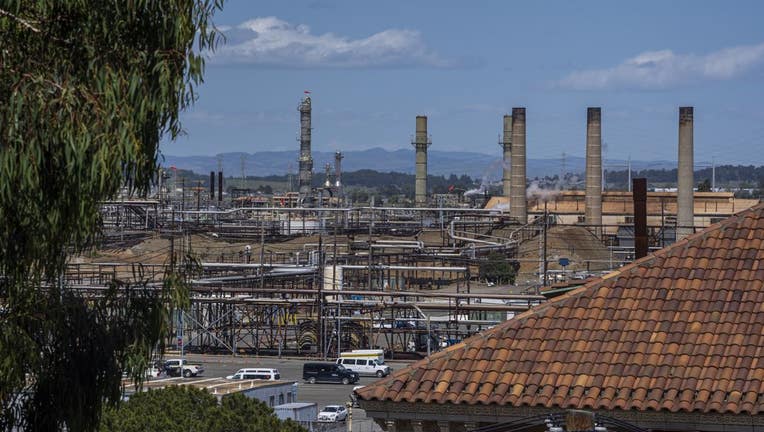 The Chevron refinery in Richmond, California, U.S., on Monday, April 11, 2022. Chevron Corp.'s plan to move major maintenance at its San Francisco Bay-area refinery to June from April because of an ongoing labor strike may further exacerbate already-

RICHMOND, Calif. - Workers at Chevron's oil refinery in Richmond have reached a tentative agreement with the oil giant after a months-long strike, the company announced Thursday.

Details of the agreement were not immediately released pending a vote by members of United Steelworkers International Union Local 5, which represents the workers. The union members will vote on the agreement, with the results expected next week, according to Chevron.

The workers went on strike in March, alleging that Chevron was offering an inadequate increase in wages to address increased medical costs and fatigue.