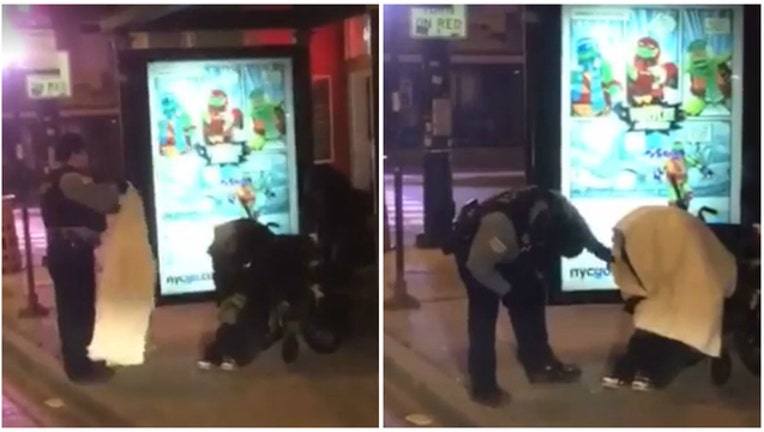 CHICAGO (FOX 32 NEWS) - Chicago Police shared a video of an officer helping out a woman who was sitting under a CTA bus stop on a cold night.

The video, which has been shared hundreds of times on social media, shows a 12th District officer putting a blanket on top of a woman and tucking her in.

Police said on Facebook that they gave the woman a blanket and a ride and she refused further service.

"In this video officers from the 012th district cover a woman with a warm blanket as they determine how they can assist her on a cold night . Great job Officer Velasquez!" the caption read.