A Chihuahua is recovering after she was shot with an arrow in Riverside County.

RIVERSIDE COUNTY, Calif. - A little Chihuahua is lucky to be alive after being shot in the neck with an arrow.

The Riverside County Animal Services shared photos of the 4-month-old pup who is now recovering.

According to officials, the dog was found near the 15500 block of Avenida Florencita in Desert Hot Springs. They say a woman found the dog called the Riverside County Animal Services after hearing the injured dog scream.

The arrow punctured the dog through its neck. The vets were able to treat her and despite the gruesome injury, she is expected to survive.

"For someone to willfully shoot this poor pup with an arrow is disgusting," Animal Services Director Erin Gettis said. "We are shocked and we hope someone can provide us any information as to who did this. Meanwhile, we’ll continue to treat this puppy and work on finding her a suitable home."

As of Monday night, no arrests have been announced in the arrow shooting. Anyone with information on the incident is asked to call 951-358-7387 or email shelterinfo@rivco.org. 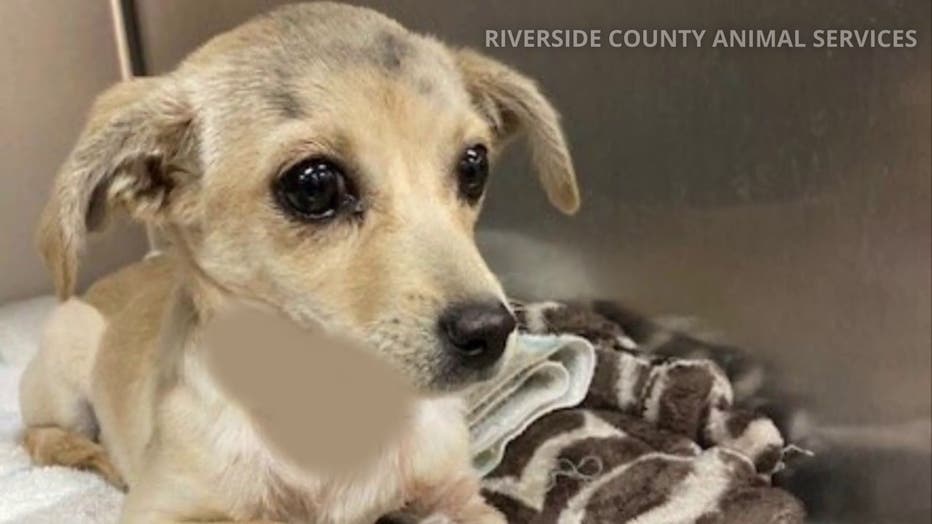 A chihuahua is recovering after she was shot with an arrow. PHOTO: Riverside County Animal Services.