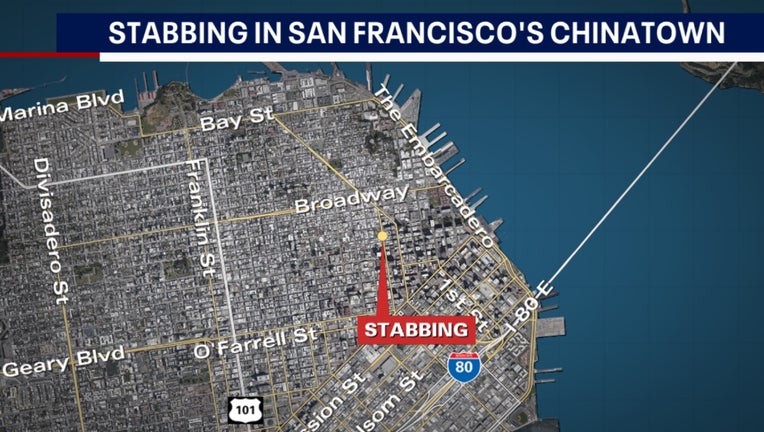 The stabbing was reported around 2:25 a.m. in the area of Clay and Kearny streets.

No arrest has been made in the case. Police said the suspect was a man around 20 years old but they have not provided a detailed description of him.

Police later located a second man who had been stabbed during the incident. They said both men were walking on the sidewalk when they were attacked.

Anyone with information about the stabbing is asked to call the Police Department's anonymous tip line at (415) 575-4444 or to send a tip by text message to TIP411 with "SFPD" at the start of the message.