Blasey-Ford’s remarks lasted just a few minutes, but had the 1,400 guests in attendance captivated. While she blazed a trail through Washington’s power-elite, the keynote speaker blazed a trail that helped change the country.

“It’s funny, I was inspired by Anita Hill when I was deciding whether to testify. But it didn’t occur to me at the time that I would be inspiring anyone else,” said Dr. Blasey-Ford.

In September of 2018, Blasey-Ford braved a withering attack while alleging then-Supreme Court nominee Brett Kavanaugh sexually assaulted her in the 1980s. While Kavanaugh went on to gain confirmation to the High Court, Blasey-Ford helped lend credence to claims made by victims of sexual violence.

“I just really applaud her tremendous courage and continuing to come out and be firm in her message,” said luncheon attendee Tonie Hansen. 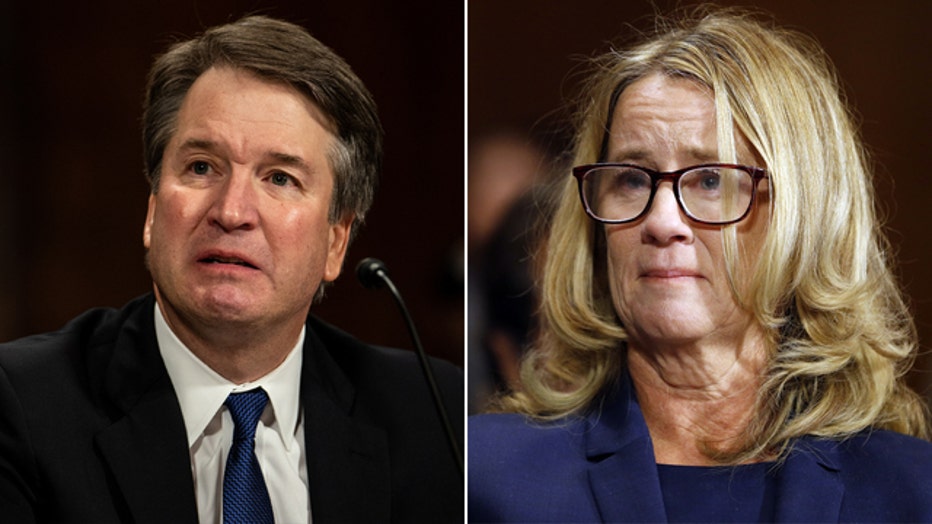 Blasey-Ford’s remarks lasted just a few minutes, but had the 1,400 guests in attendance captivated. While she blazed a trail through Washington’s power-elite, the keynote speaker blazed a trail that helped change the country.

At nearly 90 years old, onlookers say Dolores Huerta is still speaking truth to power, and pointing out where the struggle now lies.

“We’ve always had these issues. But now they’re very visible and I think in a way it’s a good thing. Because now we can attack them very directly,” said Huerta, as she posed for pictures with admirers.

In the 60s, Huerta and Cesar Chavez led the fight for farm worker’s rights, founding the United Farm Workers union. More than half a century later, she and others says education and institutionalized hatred are the new battlegrounds.

“Everybody, man or woman, can make a difference,” said luncheon attendee Rebecca Oles. Added Dr. Blasey-Ford, “Be courageous. Stand strong. Be yourself.”

Many attendees hope stories of courage from trailblazers and whistleblowers will eventually end racism, and empower the next generation of women leaders.