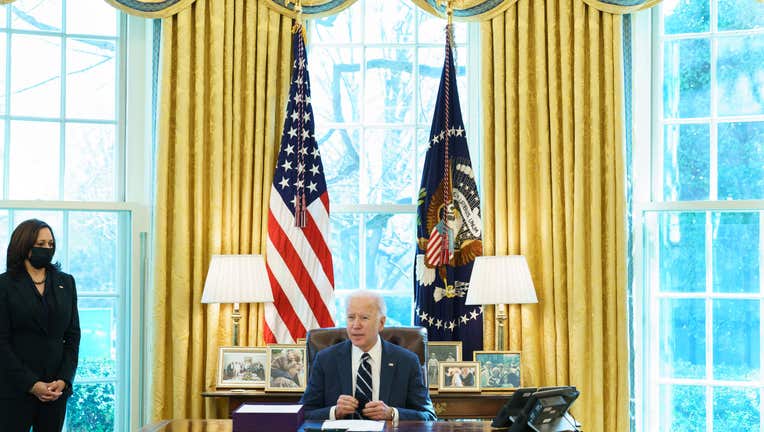 US President Joe Biden as Vice President Kamala Harris listens during a signing of the American Rescue Plan on March 11, 2021, in the Oval Office of the White House in Washington, DC. - Biden signed the $1.9 trillion economic stimulus bill and will g

California's counties and large cities can expect to receive money from the American Rescue Plan Act of 2021 in two parts with the first coming in 60 days from Thursday, according to preliminary information provided by U.S. Rep. Ro Khanna's office.

The U.S. Treasury will disburse the second part one year later. Cities with fewer than 50,000 residents will receive the money from the state following a disbursement from the Treasury. 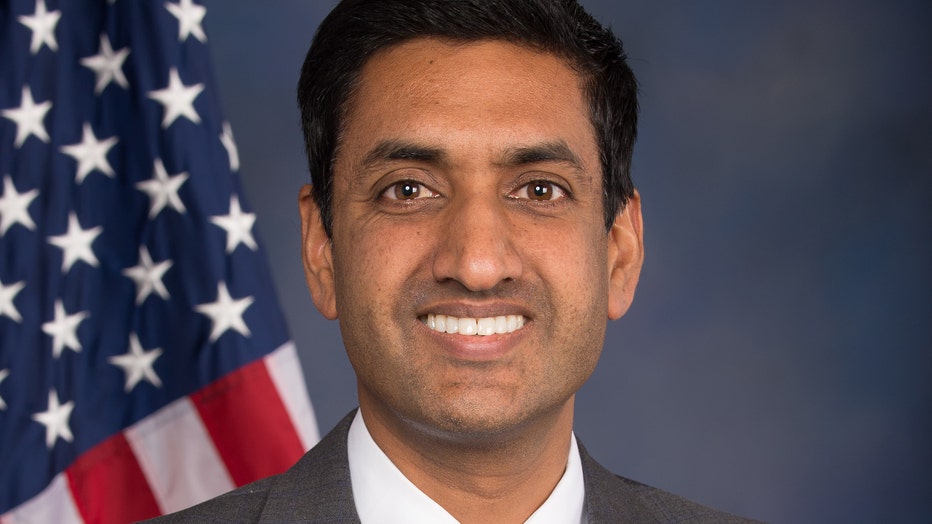 Khanna, D-Santa Clara, and representatives from the East Bay and South Bay, said in a joint statement Thursday, "There has never been a more urgent need for massive investment in our local and state governments.

"The American Rescue Plan Act is a once-in-a-generation opportunity to meet the severe needs of this economic and public health crisis."

Khanna and the others said, "We are eager to get to work sponsoring more vaccination sites, instituting better safety measures for in-person learning in our public schools, distributing additional relief for our small business owners and so much more." 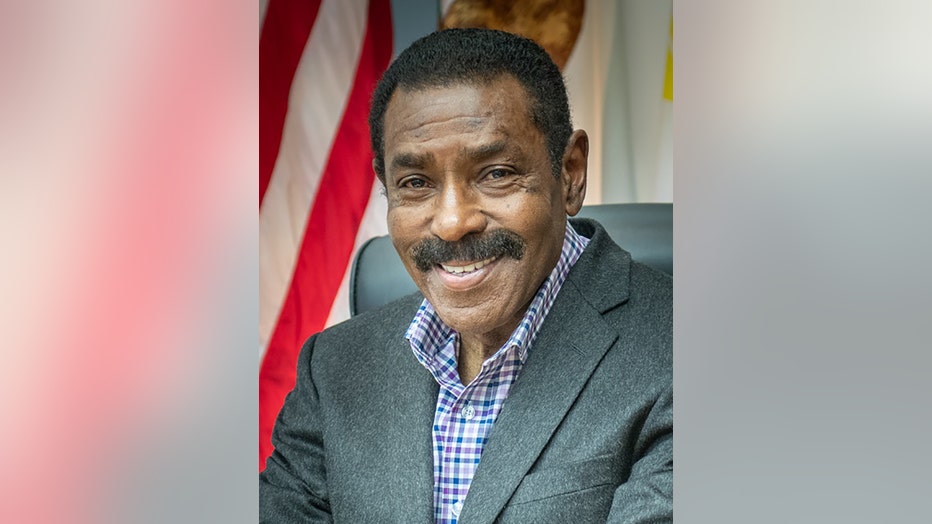 Alameda County Board of Supervisors President Keith Carson on Friday said the board's priorities for spending the money are the health of residents and food and housing security. Supervisors will be putting together a three-year spending plan for the relief the county is receiving, he said.

Some of the money from the American Rescue Plan will likely go toward extending existing contracts established with funding from the previous COVID-19 relief act, Carson said.

In Oakland, the City Council will appropriate the money once the city receives it.

City staff "will ask the Council to appropriate the funds towards the City's recovery by backfilling lost revenue in the General Purpose Fund and restoring public safety cuts made earlier this year," city spokeswoman Autumn King said.

A fact sheet from Khanna's office says how the money can be used by cities and counties.

Broadly, it can be used "to respond to the pandemic or its negative economic impacts, including assistance to households, small businesses, and nonprofits."

It can also aid impacted industries such as tourism, travel, and hospitality.

Money can be used for up to $13 an hour of additional pay for workers who during the pandemic are performing essential work, as determined by the city or county.

Money can be used to provide government services that were affected by a reduction in city revenue caused by the pandemic.

Cities and counties can use the money to invest in water, sewer, and broadband infrastructure or transfer the money to a private nonprofit, public benefit corporation or tribal organization "involved in the transportation of passengers or cargo."

Also, the money may be transferred to a special purpose unit of a state or local government.

Recipients must use the money in the same way cities and counties must. Periodic reports must be sent to the Treasury describing how the money was used.

The bill prohibits cities and counties from depositing the money into a pension fund or using it to offset a tax cut implemented after March 2.