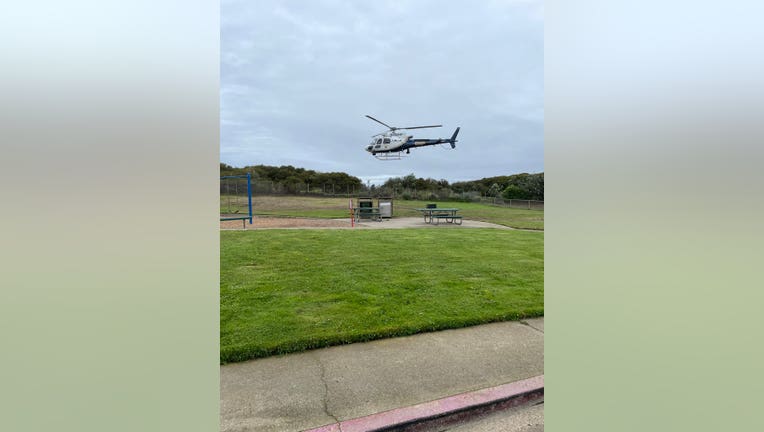 DALY CITY, Calif. - The California Highway Patrol was attempting a cliff rescue operation near Thornton State Beach in Daly City with one of its helicopters on Monday.

North County Fire Authority tweeted at 9:59 a.m. that the rescue was underway, requesting the public to avoid the area of Palisades and Westridge.

It's unknown how many people are in distress or what circumstances prompted the rescue.

Officials tweeted a photo of the helicopter as part of the ongoing operation.

In April, fire department officials rescued a hiker from the cliff near the same area.