Co-workers surprise woman with car who walked to work

Darlene Quinn, who was making a 24-mile trek for work after her car broke down, was gifted a vehicle by her FedEx co-workers.

GREENVILLE, S.C. - A woman who was making a 24-mile trek for work after her car broke down was surprised with a new vehicle, thanks to the generosity of co-workers and strangers alike.

Darlene Quinn, 60, works as a package handler at a FedEx facility in Spartanburg, South Carolina — starting around 4 a.m. Three months ago, the transmission and radiator in her car went out, forcing Quinn to walk to work, according to a GoFundMe page created by her co-worker, Josh Lewis. 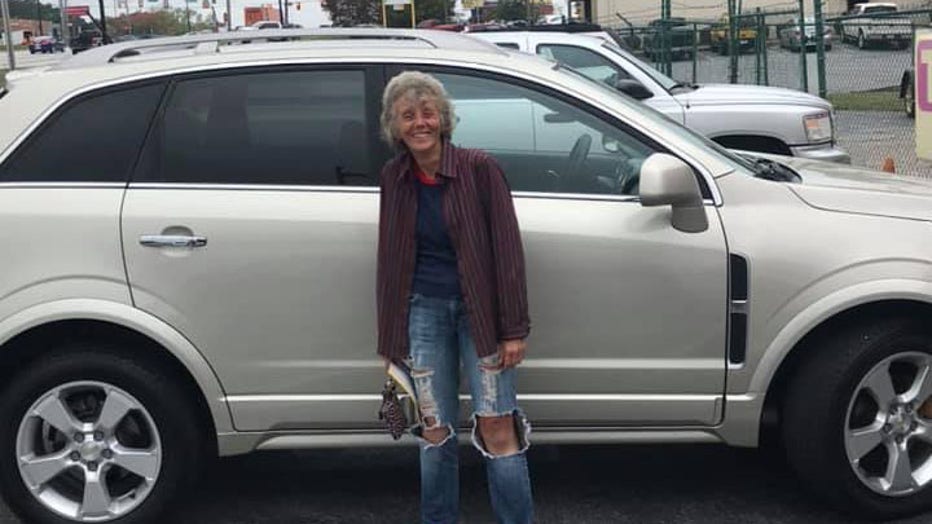 FedEx handler Darlene Quinn is pictured in front of a vehicle that co-workers secretly raised money for and surprised her with last week in Spartanburg, South Carolina. (Photo credit: Josh Lewis)

“When I say walk to and from work, I'm talking 12 miles just one way,” Lewis wrote. “She walks in the rain, in the cold, in whatever weather condition she has to in order to get to work and support herself.”

Lewis said he and his boss started picking her up anytime they noticed her walking.

“Anytime we pick her up and ask her where does she need to go and she always tells us, Walmart,” Lewis explained. “She gets just enough groceries for that day because that is all she can carry. She is so humble and grateful for the rides we have been giving her. Often she asks if she can give us gas money, to which we always in the most polite way tell her no.”

Lewis said Darlene has been working six days a week to try and save money for a reliable car.

“I can't even begin to imagine having to walk that far, then work at a very physically demanding job, then turn around and walk 12 miles back home,” Lewis wrote.

Quinn’s co-worker launched the GoFundMe page on Oct. 22 in an effort to help buy her a vehicle. A week later, enough money was raised by about 100 others to purchase Quinn a new set of wheels.

Lewis said they worked with the dealer TV Auto Sales to buy Quinn a car, and later surprised her with it at work. In a video shared to Facebook, Quinn gets visibly emotional at the news.

“It was amazing," Lewis told The Greenville News. "She just started bawling crying and saying how she can’t believe that this is happening to her.”

Two locally-owned businesses also reached out wanting to help her — offering free oil changes and tire service as needed, according to the newspaper.

Quinn later gave Lewis a thank you card, adding that she wished she could thank all of the donors individually.

“She said that the words in this card express how she feels from deep in her heart,” Lewis said on Facebook. “The smile and joy that have been bubbling out of her the past few days have been so worth everything that was done for her.”