LOS ANGELES - A coalition of mayors from California's 13 largest cities are calling on state officials to provide cities with $20 billion over five years to address the statewide homeless crisis.

"This is the biggest crisis in California. We see it on our underpasses and overpasses, we see it under our bridges, and unfortunately, it's not just there anymore in the shadows, it's in front of businesses and homes, it is everywhere,'' Los Angeles Mayor Eric Garcetti said.

The coalition is seeking $4 billion a year for five years to directly fund cities as they continue their work to combat the homeless crisis.

"We're not coming in empty hats in hand, we're coming with hard hats on and pockets already full of investments,'' Garcetti said. "Behind each one of us, you see how we spend it: It's for shelter, it's for permanent housing, it's for cleanups, it's for services, it's for everything that we need to address the complexity of homelessness.'' 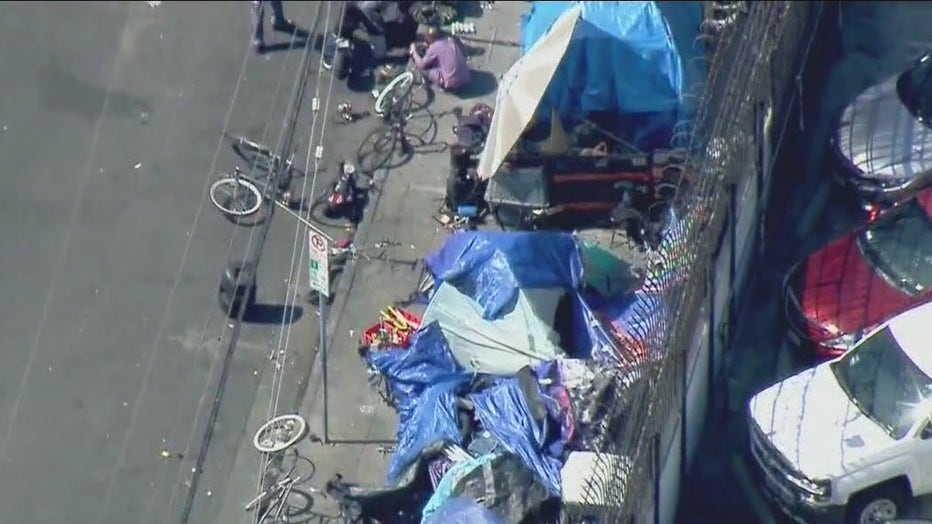 The call comes a day after the city and county of Los Angeles filed an emergency request to a federal appeals court to place a hold on U.S. District Judge David O. Carter's order that all indigent persons in Skid Row be offered shelter within six months. The mandatory order set a timetable for offers of shelter to be made to about 2,000 homeless people in Skid Row over the next 120 days. Carter called the area a decades-old byproduct of systemic racism that left Black people -- especially Black women -- "effectively abandoned on the streets. Such governmental inertia has affected not only Black Angelenos, not only homeless Angelenos, but all Angelenos -- of every race, gender identity and social class.''

Carter also ruled that the city must in the next 60 days put $1 billion into escrow to be used for homelessness. The day before the ruling, Garcetti announced his budget proposal for the 2021-22 fiscal year, which includes about $950 million to combat the city's homelessness crisis.

Attorneys for the city and county filed for a hold on Carter's order and argued that it violates the constitutional separation of powers by usurping the role of local government. During his meeting with the Big City Mayors Thrusday, Garcetti and the other mayors emphasized that the homelessness problem is larger than
individual cities in California and needs a consistent state response to be properly addressed.

"We can't solve this problem in one fiscal year, it's going to take that repeated commitment of state, federal and local leadership to get the job done,'' San Diego Mayor Todd Gloria said.

While about 568,000 people in the United States are experiencing homelessness, about 151,000 are in California, according to 2019 data from the National Alliance to End Homelessness.

"I know that when we talk about $20 billion, a big number, well it's a big issue, right, and we have to have a proportional response to that issue,'' Santa Ana Mayor Vicente Sarmiento said.

"We're blessed to be living in a state that I think there's an understanding, and there's a humanity, that we all want to deliver these services,'' he said. "But I think the moment is now and I think that we all have to band together and use this opportunity,'' he said.