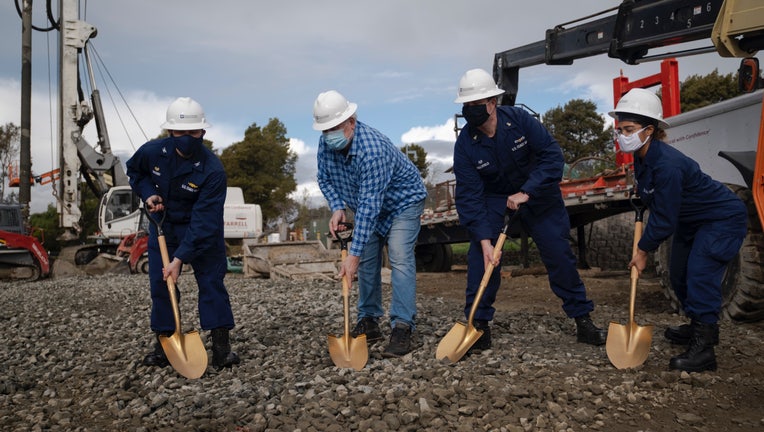 VALLEJO, Calif. - The United States Coast Guard on Friday held a groundbreaking ceremony for a new search and rescue facility at the Vallejo Municipal Arena.

The $14 million, 13,200-square foot facility will consist of a boat bay for small boat maintenance, berthing for 14 watchstanders, a galley, a command center and a training and fitness room.

Since 1996, station members have used temporary facilities and have had to be relocated twice due to funding constraints and other obstacles, Coast Guard officials said.

The unit is responsible for an area that extends from the San Pablo Bay to Suisun Bay and as far east as Simmons Point.

In 2020, Station Vallejo responded to 80 search and rescue cases that resulted in 76 lives saved or assisted.