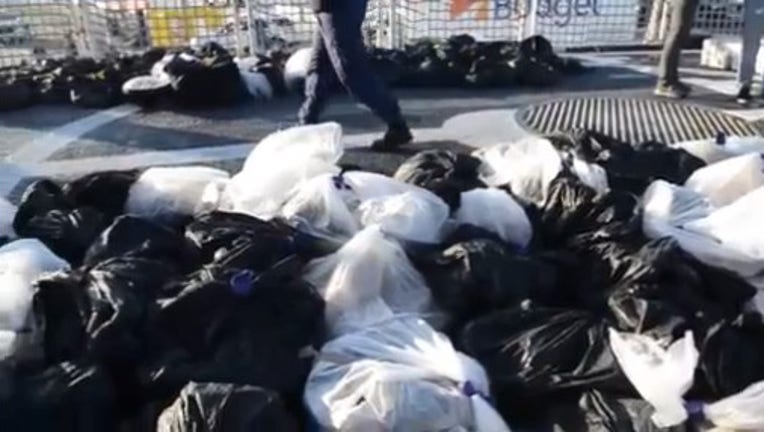 SAN DIEGO, Calif. - The Coast Guard unloaded nearly 7,000 pounds of illegal narcotics off the coast of San Diego between July and October.

On Wednesday, the Coast Guard offloaded more than $92 million worth of seized cocaine. 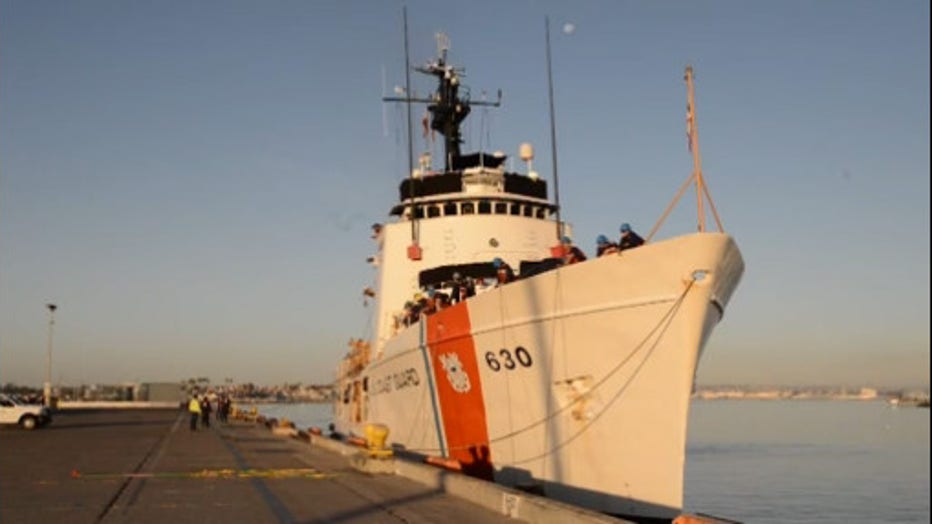 "I am extremely proud of this crew for doing their part to keep these dangerous drugs off the streets," said Cmdr. Tyson Scofield, Alert's commanding officer. “The counter-drug mission is as important now as it has ever been, and these brave men and women can return home after a 69-day patrol knowing they made a difference."

As part of its Western Hemisphere Strategy the Coast Guard has increased presence in the Eastern Pacific Ocean and Caribbean Basin, which they say are known drug transit zones off of Central and South America.