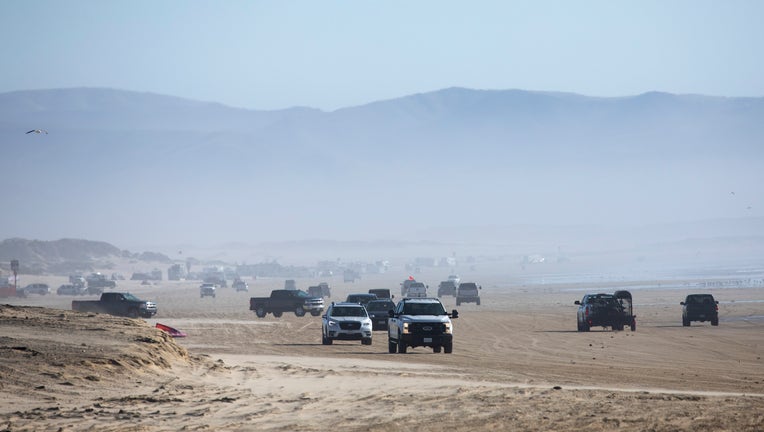 OCEANO, CA - FEBRUARY 26: Oceano Dunes State Vehicular Recreation Area is the only California State Park where vehicles may be driven on the beach. The California Coastal Commission has accused the California Department of Parks and Recreation's Off-

OCEANO, Calif. - The California Coastal Commission has voted to end off-highway vehicle use at Oceano Dunes State Vehicular Recreation Area within three years, a decision that follows decades of debate over environmental and cultural impacts.

The 10-0 vote Thursday calls for the prohibition to take effect by 2024 at Oceano Dunes, the only California state park that allows recreational driving on the beach and in dunes.

The California Department of Parks and Recreation did not immediately say how it would respond to the decision.

The central coast park covers 3,500 acres along 8 miles of shoreline and inland for about 2 miles near the communities of Oceano and Grover Beach in southern San Luis Obispo County.

Users primarily come to drive cars, trucks and off-highway vehicles on the beach and in the dunes, although some visitors come for beach day use, birdwatching, horseback riding, fishing and hiking, according to the commission.

The vote followed commission findings that driving degraded dune habitats, harmed native species, caused air quality and public health issues, and made other uses such as swimming and walking difficult.

The decision was long overdue, said Jeff Miller, a conservation advocate at the nonprofit Center for Biological Diversity, which sued the California Department of Parks and Recreation over off-roading harm to snowy plovers, a tiny shorebird that nests in depressions in sand.

"This reprieve for endangered wildlife and coastal dunes habitat will allow the non-motorized public to enjoy our beach and dunes as well as reduce greenhouse gases and dust pollution," Miller said in a statement.

Oceano Dunes is one of nine vehicular recreation areas in the 280-unit state parks system.

The vote was a bitter blow to off-roading, which is a lifestyle, industry and part of the economy.

The Tribune of San Luis Obispo reported that owners of all-terrain vehicle rental shops had said their business will not survive closure of the dunes to off-highway vehicles.

"First of all, I have over 100 ATVs I can’t really turn around and sell right now," Gail Marshall, owner of Arnie’s ATV rentals in Oceano, told The Tribune last month. "So, you know, I’m kind of stuck between a hard spot and a rock right now."

Amy Granat, managing director of the California Off-Road Vehicle Association, sharply criticized the Coastal Commission action in an email to The Associated Press.

"State Parks does an outstanding job serving all Californians, balancing recreation with the highest standards of environmental stewardship. Yesterday State Parks was demeaned and their incredible efforts at Oceano Dunes SVRA were trivialized and misrepresented," Granat wrote.