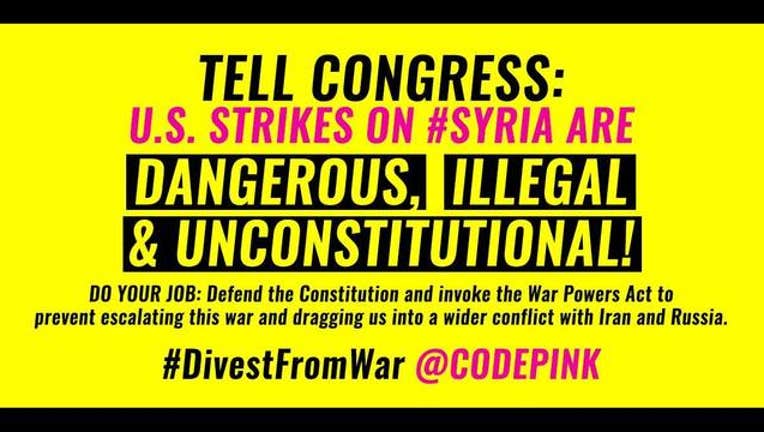 The downtown San Francisco rally will be held at 5 p.m. at Powell and Market streets, according to organizers from Code Pink Women for Peace, the group that is putting on the actions.

The demonstration outside Feinstein's house will take place from 2-3 p.m., according to Eleanor Levine, an organizer with Code Pink. The group will then march to Pelosi's home and demonstrate from 3:30-4:30 p.m., Levine said.

The downtown rally is at 5 p.m., according to Levine.

"We're going to our lawmakers' homes because they need to hear from us," Levine said. "They shouldn't be comfortable and silent in their homes while our government is sending missiles into a country devastated by 'proxy' civil war."