BERKELEY, Calif. - A 2-year-old thoroughbred colt died during a training session at Golden Gate Fields in Berkeley on Monday, the California Horse Racing Board reported. 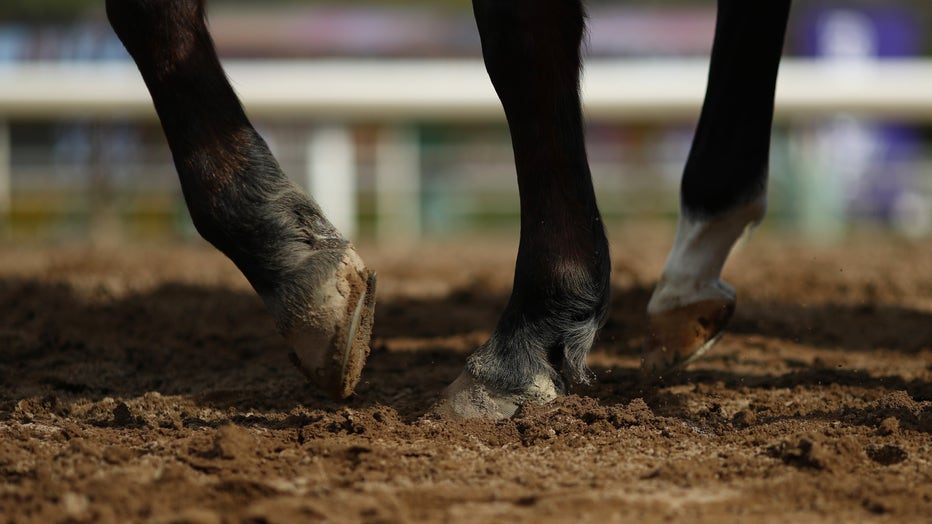 File image of a horse at racetrack. (Photo by Joe Scarnici/Getty Images)

The colt named Streets is the fourth horse to die at Golden Gate Fields just in August, and the 20th fatality there this year, according to the state racing board.

On Aug. 2, Snow Pack died at the track while racing, Galaxy Master died on Aug. 13 during an unspecified activity, and My Sweet Lou died on Aug. 23 during a racing event.

On all four of those days, track conditions were listed as "fast" and the weather was "clear."

There was no word on a cause for a majority of the 20 deaths at Golden Gate Fields this year. The state racing board noted rain as possible factors in two of the cases. In three of the fatalities, the racing board pointed to "Gastrointestinal," "Accident," and "Sudden Death/Stall" as causes.

Streets was the 79th known racehorse death in California in 2020.