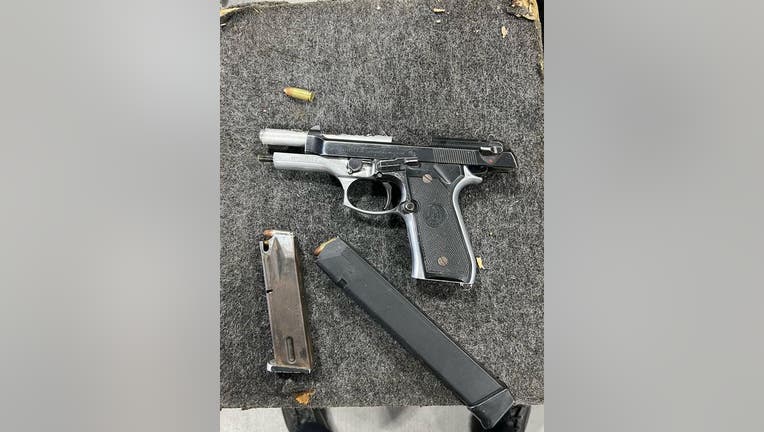 CONCORD, Calif. - Concord police arrested a man on multiple charges Monday night after he became confrontational with an officer and climbed onto the roof of a gas station before threatening to light it on fire, police said.

The incident began with a routine traffic stop Monday at a time and location not specified in a Facebook post by the Concord Police Department at 12:27 a.m. Tuesday.

The suspect was immediately confrontational with the officer who had pulled him over and then climbed onto the roof of a gas station nearby and refused to come down, according to the police account.

A member of the department's crisis negotiations team arrived and began a conversation with the suspect, who police did not identify in the social media post.

"During the conversation, the Suspect obtained a lighter and threatened to light fire to the gas station, however fortunately he did not," reads the online post.

The suspect eventually agreed to come down and was taken into custody.

Police found a loaded handgun and an illegal 30-round magazine in the car of the suspect, whom they determined is a convicted felon prohibited from possessing firearms.

The suspect was booked on suspicion of multiple offenses, including driving under the influence of alcohol or other drugs, resisting arrest and a multitude of firearms offenses.