WASHINGTON - All Confederate flags, bumper stickers and similar items must be removed from Marine Corps bases, according to a new directive from the commandant. 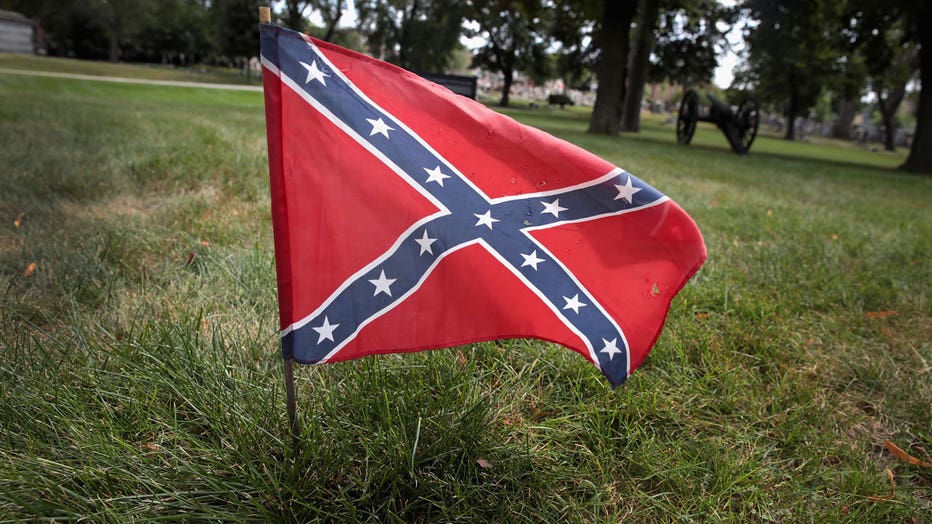 A Confederate flag is shown in the grass. (Photo by Scott Olson/Getty Images)

Marine Gen. David Berger has told his commanders to begin implementing the order or develop plans to do so by Saturday.

The order was included in a sweeping memo Berger sent out last week that calls for administrative changes and other reviews. They range from efforts to recruit additional women for combat jobs, restrictions on Marines convicted of domestic violence and the possible expansion of maternity leave and guidelines for pregnant service members.

Berger’s memo provides no details on the Confederate order, but simply directs “the removal of all Confederate-related paraphernalia from Marine Corps installations.” But the plan would cover flags, signs and other Confederate symbols.

Capt. Eric Flanagan, a Marine Corps spokesman, said the order was not generated by any one incident, and instead stemmed from a broader concern about the issue.

Members of the military have been involved in racist incidents in the past, including participation in online forums about white supremacy. Late last year, two members of the Army National Guard were kicked out of the service after it became known that they were members of a religious group with white supremacist ties.

RELATED: Some Confederate statues could soon be removed in Virginia

Soon some Confederate statues in Virginia could be removed.

The decision comes as more states and local governments — including Virginia — move to sanction the removal of Confederate monuments in public places. The issue gained wide public attention after a 2017 white supremacist rally in Charlottesville, Virginia, turned violent and resulted in the death of a woman.

Berger’s memo calls for Marine Lt. Gen. Charles Chiarotti to develop a plan to put the order into effect. There is no specific date set for the removal of the items, but it’s expected to take effect in coming weeks.