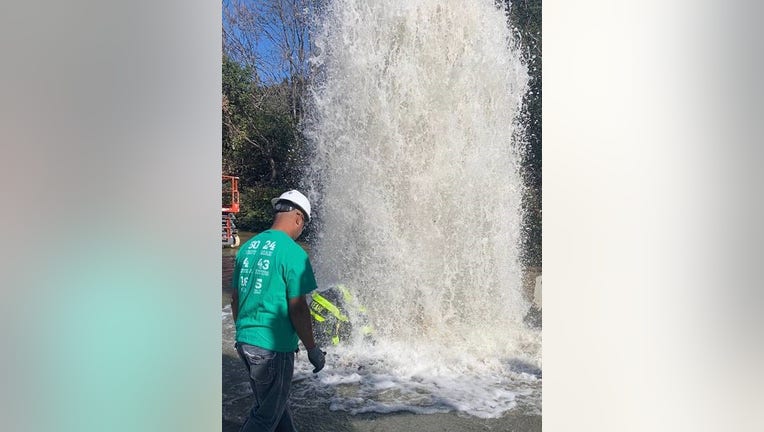 Photo: Menlo Fire – Firefighter Tyler Keahi (in the water), attempts to shut the hydrant off while a construction worker looks on.

All of the hotel guests had been evacuated and were standing outside when crews arrived. Acting Battalion Chief John Wurdinger determined the hotel wasn’t the problem, but the massive Stanford Properties construction site located next door had accidentally struck a fire hydrant with a forklift, partially shearing it off.

With water free-flowing at an estimated rate of 4,500 gallons per minute, crews were dealing with a “waterfall effect” -- the three story deep sub-surface parking garage was quickly filling with water, like a bath tub. 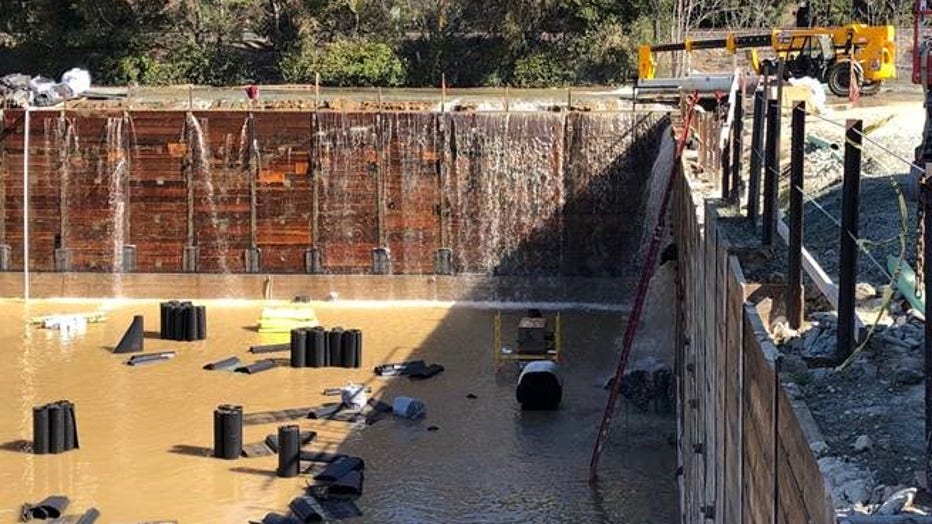 Photo: Menlo Fire.“Water was filling the subsurface parking garage at 500 El Camino Real at an alarming rate as a waterfall of water cascaded over the edge” said Acting Battalion Chief John Wurdinger

California Water Service (Cal-Water) was contacted and responded to the scene. Firefighters tried unsuccessfully to locate the hydrant valve, resulting in about one hour of water flow into the development, due to the new construction and changes needed for this large project.

“We estimate that the water was flowing at up to about 4,500 gallons per minute for up to an hour. That’s a significant amount of water and the stabilization of the area, now that it’s been saturated and in some areas washed out, especially around the retaining wall, is of concern. It will need to be evaluated for everyone’s safety. In the meantime, construction at the site will be shut-down until the area is pumped out, the damaged area is inspected, then backfilled, re-compacted and then deemed safe. Ironically, we had a major water distribution line break here, but on the El Camino side, back in the early 1990’s. The water was coming out of the ground and was twice as high as the Palm Trees that are still here and along the street. Anderson Chevrolet was located here at that time, and we helplessly watched as their brand new Corvettes disappeared under water in the back lot, almost in the same location as today’s event," said Fire Chief Harold Schapelhouman. 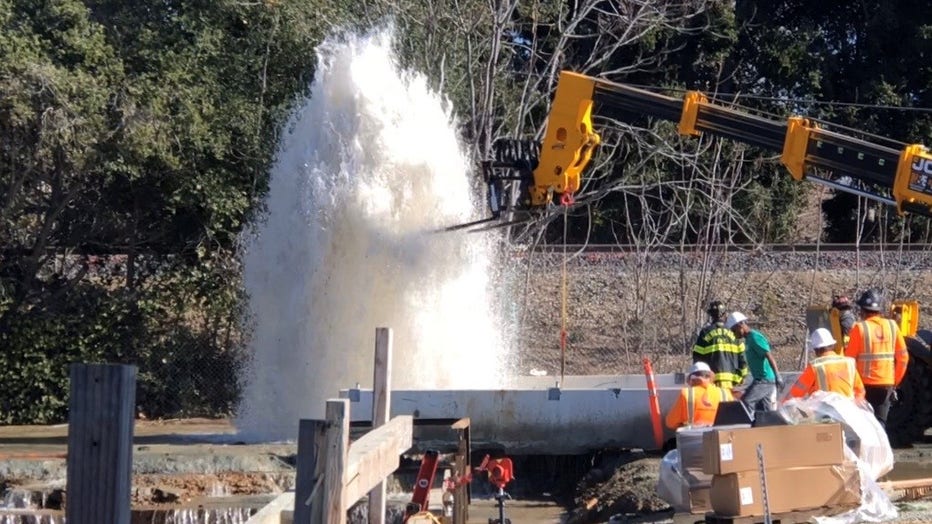 Construction work at the development site has been haulted as crews must now drain the water, examine integrity of the underground parking structure, and make any necessary repairs.