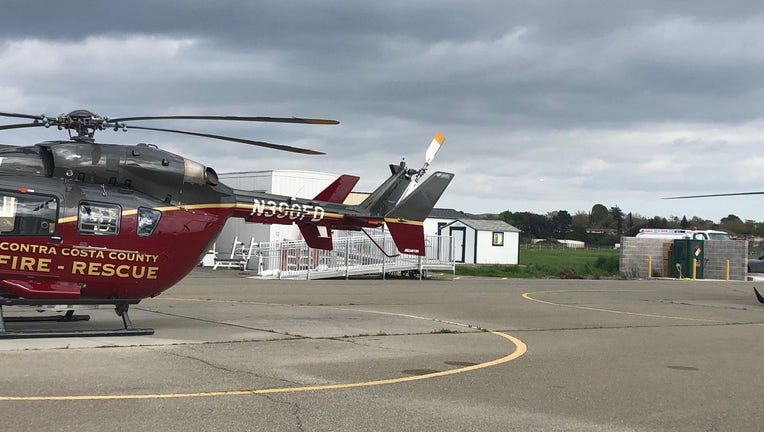 The second chopper, put into service without fanfare in March, was acquired through a partnership with REACH Air Medical Services, a company providing medical air transport in many parts of the western United States.

"This is a huge enhancement to the county for fire season," Deputy Chief Aaron McAlister said.

In the past, it would have been highly unusual for a suburban district to operate two medical helicopters, but the frequency and ferocity of Northern California wildfires in recent years has changed all of that. 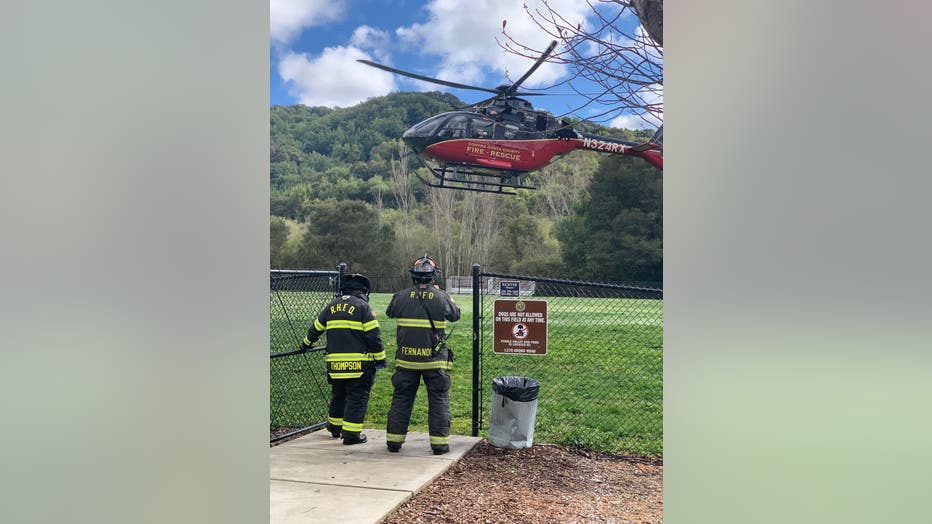 Contra Costa County firefighters who worked the devastating 2017 North Bay wildfires returned home agreeing that they had never witnessed such ferocious, unpredictable fire activity, especially because the conflagration was not confined to forested rural areas, but instead invaded heavily populated areas near grasslands.

Particularly at risk in Contra Costa County would be hard-to-access spots in Lafayette and the Mt. Diablo area.

"Where there are homes and major vegetation, this type of fire can hit," Moraga-Orinda Fire District Capt. Mike Lacy said.

Until 2019, the Contra Costa County Fire Protection District reached hard-to-access areas through a cooperative flight program with the sheriff's office.

According to a county staff report, the program provided aerial firefighting, advanced life support and rescue from remote areas, but it did not provide for air transport of patients to a hospital.

The county helicopter also had a limited number of days and hours of availability because the sheriff's office had to balance the needs of its primary law enforcement mission. 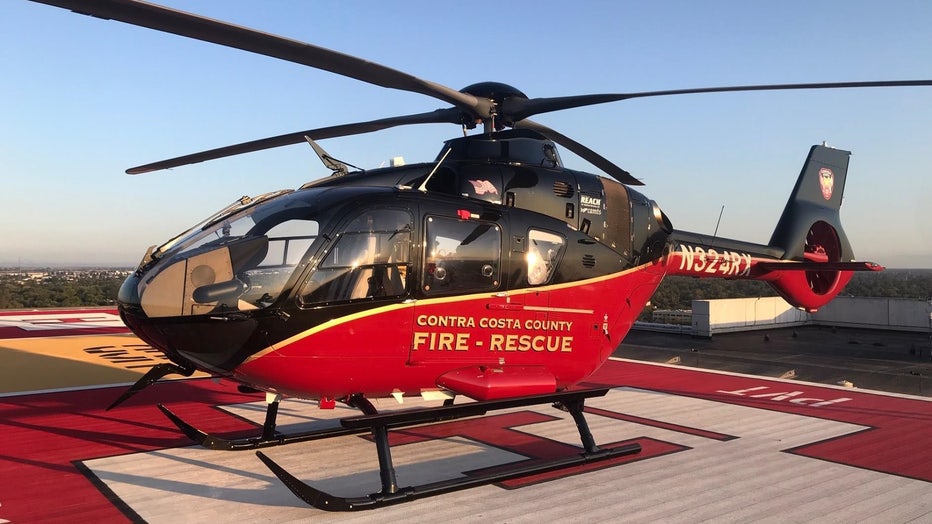 As the fire district began discussions about increasing its aerial firefighting capability, REACH approached the district in 2018 with the idea of placing district paramedics on a company air ambulance.

Those talks led to the district's helicopter program, which got its first chopper last fall and now includes two large air ambulances, both capable of hospital transport.

Under the terms of a five-year partnership agreement, REACH provides the helicopters and the flight team members, including a pilot and nurse, and it reimburses the district for each paramedic-captain placed on the choppers. The company also pays the district for program administration. In return, the company bills and collects payments from air transport patients.

"I have worked with REACH my whole career," McAlister said of the air-fire partnership. "To be able to blend our two disciplines is unique to Northern California."

While both district helicopters are used for air ambulance missions and transfers of critical patients between hospitals, the most recent addition also provides hoist rescue and aerial firefighting capabilities.

For those activities, flight personnel require approval and certification from multiple federal and state agencies, and the district expects to begin pilot training for those missions in May in order to be operational before the height of fire season this summer.

Hill said that the fundamental benefit of the helicopter program is the district's ability to deliver patients needing critical care to hospitals in minutes.

"A ground ambulance from Brentwood would take 45 minutes to an hour to arrive at John Muir Hospital," Capt. Matt dePolo said. "On multiple occasions with the helicopter, we've made that trip in six minutes."

Air ambulance service is available 24 hours a day, seven days a week. Hill noted that with full instrument capability, both aircraft are capable of operating in virtually any weather when mission parameters and safety considerations allow.

Though the helicopters are branded as part of the Contra Costa County Fire Protection District, they are regional resources and are available for dispatch via mutual aid.

"We have gone on a call as far away as Eureka," dePolo said.