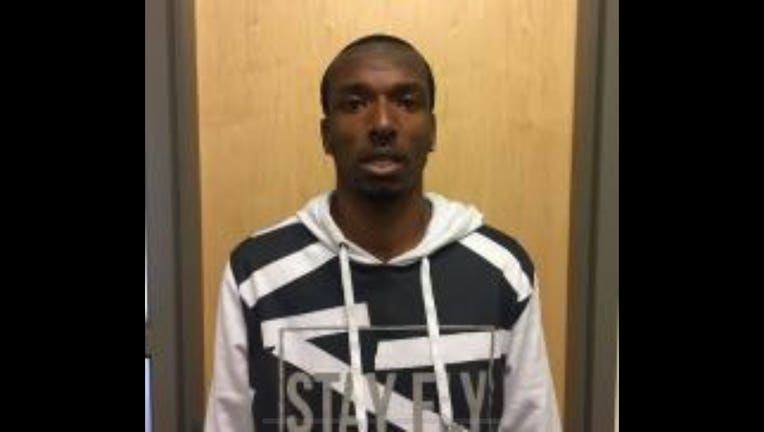 At 3:56 p.m., San Rafael police said they received a call from a state parole agent regarding someone who was under his supervision.

The parole officer was monitoring Clinton-Jones’ whereabouts and providing updates to police. When police initially encountered the suspect, he was near a business at Montecito Plaza. An employee told police a man had just exposed himself to her.

Police took a description from the employee. An officer spotted the suspect, at which point the suspect fled toward the high school.

A foot chase through a neighborhood ensued. One resident said the suspect was hiding in bushes after police said he had run between houses and jumped fences.

The parole officer helped police pinpoint the suspect who was hiding in a home’s lower-level workshop. Clinton-Jones was taken into custody without incident.

Police said the suspect inappropriately touched a female student when he was initially on the school’s campus. From there, he allegedly went to the shopping center where he exposed himself and masterbated in front of female employees.

If you have any information about this incident, you should call San Rafael Police Department (415) 485-3000.