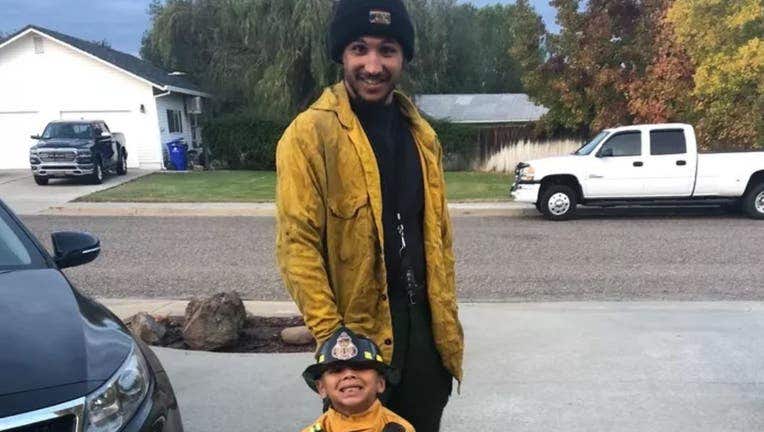 RED BLUFF, Calif. - A contract wildland firefighter who was killed by a falling tree in California last week has been brought home by a convoy of fellow firefighters.

The convoy escorted the body of Darin Banks, 26, on a long journey Thursday from Modesto to a mortuary in Red Bluff, where he lived.

Banks was struck by a dead tree that unexpectedly fell while assigned to a hand crew preparing an area for a prescribed burn in Tuolumne County on May 6, according to Jess R. Wills, president of Firestorm Wildland Fire Suppression Inc.

"He leaves behind his 4-year-old son, mother, siblings, grandparents, and great-grandparents," Wills said in a statement.

Scheduling of a memorial service was pending. A gofundme fundraiser on behalf of Banks’ family had raised more than $29,000 as of Friday.