LOS ANGELES - Coroner's reports for the 34 victims who died in a scuba boat fire off the Southern California coast last year show they died of carbon monoxide poisoning before they were burned, authorities said Thursday.

All thirty-three scuba divers and one crew member died in the Sept. 2 fire aboard the Conception, anchored off Santa Cruz Island. The only survivors were the captain and four other crew members, who were asleep above deck.

The Santa Barbara County coroner’s reports list smoke inhalation as the cause of death for the 34 victims, all of whom were in the below-deck bunk room when the fire broke out. The manner of death is considered accidental, said Lt. Erik Raney of the Santa Barbara sheriff's office.

The pre-dawn blaze swept through the boat anchored off the Channel Islands for a three-day excursion over Labor Day Weekend. Passengers included a girl celebrating her 17th birthday with her parents and friend, an environmental scientist and a professional photographer.

At least 25 people were confirmed dead and nine others still missing after a tragic boat fire early Monday near an island off the Southern California coast. Cristina Rendon reports

Some were wearing clothes and shoes, Raney said. One held a cellphone, while another grasped a flashlight. Their bodies were not discovered in their cramped bunks: some were found on the surface of the water, others inside the boat's hull or on the ocean floor.

Ken Kurtis, a veteran diver and instructor who has been on the Conception several times, said while it's unusual for passengers to be sleeping in their clothes or shoes, it’s not unthinkable when the temperature drops over the water at night — and not evidence that anyone had tried to escape the flames.

The survivors have said they awoke to find the boat engulfed in flames and were unable to reach the sleeping passengers or the sixth crew member and had to jump in the water to save their own lives.

An official from the National Transportation Safety Board has cited how difficult it was to reach an escape hatch in the bunk room, a design that has routinely met regulations. Coast Guard records show the boat had passed its two most recent safety inspections without violations. 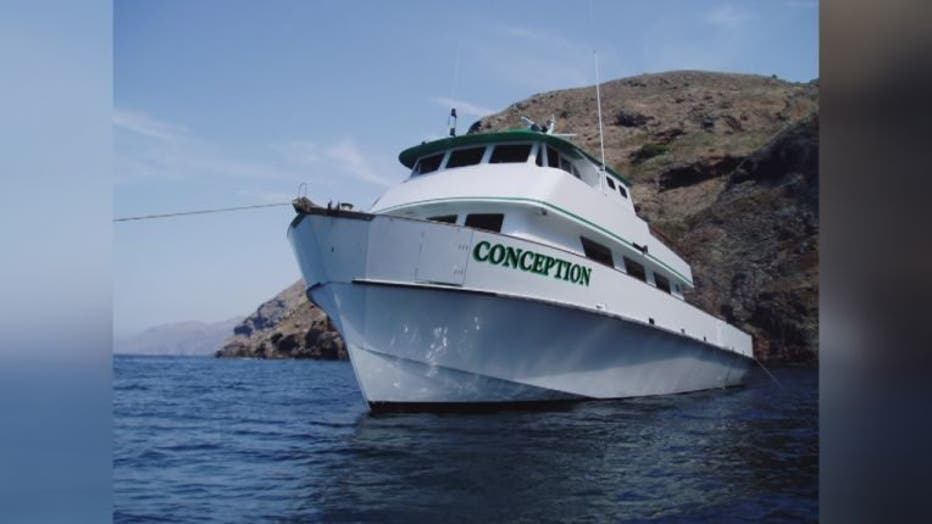 Raney told The Associated Press the coroner’s office did not do internal autopsies of the bodies. He said external examinations of the victims and black soot in their trachea, as well as toxicology tests, showed enough evidence of smoke inhalation and carbon monoxide poisoning to avoid autopsies.

The coroner's reports were first reported Tuesday by the Santa Barbara Independent.

Authorities have said all six crew members were asleep when the fire started — despite Coast Guard regulations requiring a “roving” night watch.

Several victims' families have filed wrongful death lawsuits as counter-claims against the boat company, Truth Aquatics Inc., which has filed a legal claim to shield the owners from damages under a pre-Civil War maritime law that limits liability of vessel owners.

The Coast Guard, FBI, and U.S. attorney’s office in Los Angeles are leading an ongoing criminal probe, and the National Transportation Safety Board is investigating safety issues. 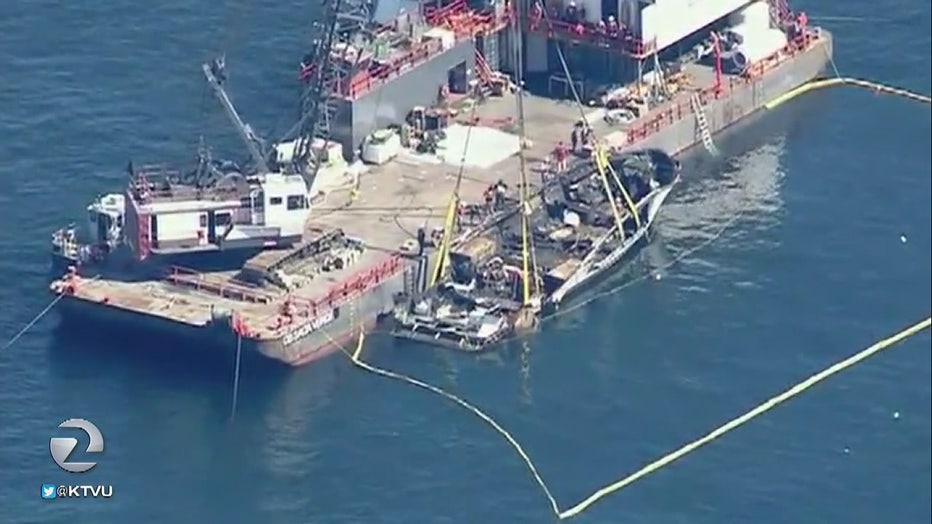 Wreckage from the Conception boat fire after being raised by a crane on a barge.