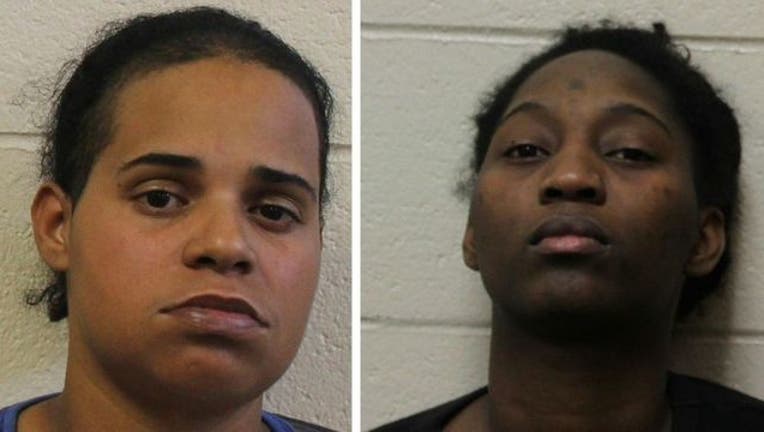 Amanda R. Wright, 29, and Besline Joseph, 25, were arrested after children were allegedly beaten in a Maryland home. (WCDC)

FOX NEWS - Three children lived in a Maryland "house of horrors" in which they were beaten, assaulted with a stun gun and forced to eat dog feces while locked away by two women, police said Wednesday.

Police said Joseph and Wright were beating the children since last summer. The couple would allegedly beat the children with their bare hands, extension cords, belts and sticks.

The children were so badly beaten they suffered bloody noses, cuts and bruises, police said. But the alleged assaults didn’t stop there. Wright and Joseph would also injure the children with a stun gun, officials said.

The children were also allegedly forced to eat dog feces, and the only other items they received were bread, water and oatmeal. They were also reportedly locked in closets or the house’s basement.

The couple instilled fear in the children by threatening to kill them if they told anyone about the alleged abuse, FOX45 reported.