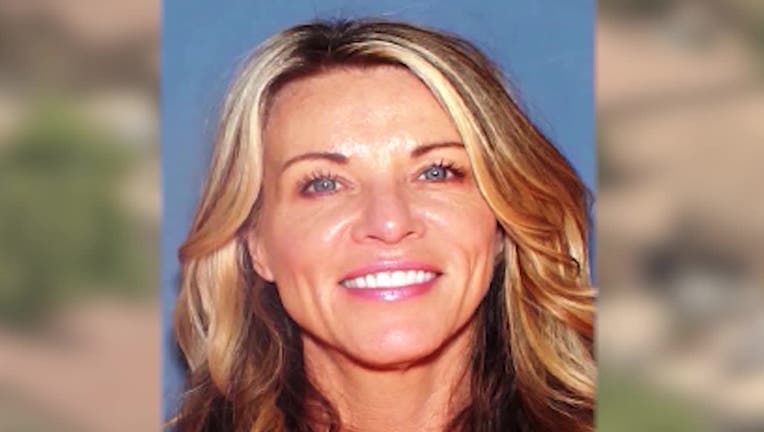 BOISE, Idaho (AP) - The case of two kids who were missing for months before they were found dead in rural Idaho has taken another bizarre twist, with new court documents alleging that their mother believed they were zombies and that she was on a mission to rid the world of such creatures.

Police discovered the remains of 17-year-old Tylee Ryan and her 7-year-old brother, Joshua “JJ” Vallow, on June 9 at property belonging to their mother’s new husband. The case gained attention for the couple’s doomsday beliefs and the mysterious deaths of their former spouses, and court documents released late last week detail more about the strange worldview that detectives think may have influenced Lori Vallow Daybell and Chad Daybell.

So far, no one has been charged with killing the kids, who had not been seen since September, but the Daybells are both behind bars.

Lori Daybell’s attorney has indicated that she intends to defend herself against charges of child abandonment and obstructing an investigation. Chad Daybell has pleaded not guilty to destroying or concealing the children’s bodies.

Lori Daybell’s longtime best friend, Melanie Gibb, has been cooperating with authorities for months, according to the documents written by Rexburg police Lt. Ron Ball. Gibb is the last known person to have seen JJ alive, according to police, when she was visiting Lori Daybell at her apartment in the small Idaho town last September.

“Gibb reports that when she arrived in Rexburg, Lori Vallow informed her that JJ Vallow had become a ‘zombie,‘” Ball wrote. “Gibb further reports that the term ‘zombie’ refers to an individual whose mortal spirit has left their body and that their body is now the host of another spirit. The new spirit in a ‘zombie’ is always considered a ‘dark spirit.’”

It wasn’t the first time Gibb said she heard her friend talk about zombies, according to the statement. Gibb said Lori Daybell had called Tylee a zombie in spring 2019 when the teen didn’t want to baby-sit her little brother and that Lori Daybell had first learned the concept from Chad Daybell at the start of that year.

Gibb said the couple believed that when a zombie takes over a person’s body, “the person’s true spirit goes into ‘limbo’ and is stuck there until the host body is physically killed,” the court document said. “As such, death of the physical body is seen as the mechanism by which the body’s original spirit can be released from limbo.”

Gibb also said the couple believed they were spiritual leaders.

“She was told by Chad Daybell and Lori Vallow that they held the religious belief that they were a part of the ‘Church of the Firstborn’ and that their mission in that Church was to lead the ‘144,000’ mentioned in the Book of Revelation. They also stated their mission was to rid the world of ‘zombies,’” according to the police document.

Hints of strange, doomsday beliefs have surrounded the complex case since it began last year.

It started last summer with Lori Daybell’s brother shooting and killing her estranged husband, Charles Vallow, in suburban Phoenix in what he asserted was self-defense. Vallow was seeking a divorce, saying Lori believed she had become a god-like figure who was responsible for ushering in the biblical end times. Her brother, Alex Cox, died in December of an apparent blood clot in his lung.

Shortly after Vallow’s death, Lori and the children moved to Idaho, where Chad Daybell lived. He ran a small publishing company, putting out many fiction books he wrote about apocalyptic scenarios loosely based on the theology of The Church of Jesus Christ of Latter-day Saints. He also recorded podcasts about preparing for biblical end times, and friends said he claimed to be able to receive visions from “beyond the veil.”

He was married to Tammy Daybell, who died last October of what her obituary said were natural causes. Authorities grew suspicious when he married Lori just two weeks later, and they had Tammy Daybell’s body exhumed in December. The results of that autopsy have not been released.

Police began searching for Tylee and JJ in November after relatives raised concerns. Police say the Daybells lied to investigators about the children’s whereabouts before quietly leaving Idaho. They were found in Hawaii months later.

Tylee was last seen Sept. 8, when she went to Yellowstone National Park with her mom, her brother and Cox, court documents say.

It’s not clear what happened to her, but police say the next day, Cox’s cellphone data shows he made a trip to Chad Daybell’s property and was near where the children’s bodies were found. Also on Sept. 9, investigators say Chad Daybell texted Tammy, reportedly telling her that he decided to burn some plants and also had shot a raccoon, which he buried in an area of the property where the family had previously buried dead pets, according to the court documents.

The detective said in the documents that he was suspicious because raccoons are normally nocturnal and the text said the animal had been shot during the day.

Gibb visited Lori Daybell a couple of weeks later. Gibb said she was told Tylee was attending school at a nearby college, though investigators later found the teen had never been enrolled. Gibb also said JJ’s behavior appeared to be typical, despite his mother claiming he was acting strangely.

The last time Gibb saw JJ was Sept. 22 at Lori Daybell’s apartment. Cox left with his nephew for his apartment nearby, Gibb told police, and when they returned, JJ appeared to be asleep, with his head on Cox’s shoulder.

The next morning, Gibb said JJ was gone and Lori said Cox had taken him for a while, according to the document.

An analysis of Alex Cox’s cellphone records that day show that his phone pinged at locations on Chad Daybell’s property where the children’s remains were later found, police said.

It was those cellphone records that led police to the bodies, according to the court documents. Police didn’t immediately respond to requests for comment about Cox’s possible involvement in the children’s deaths.