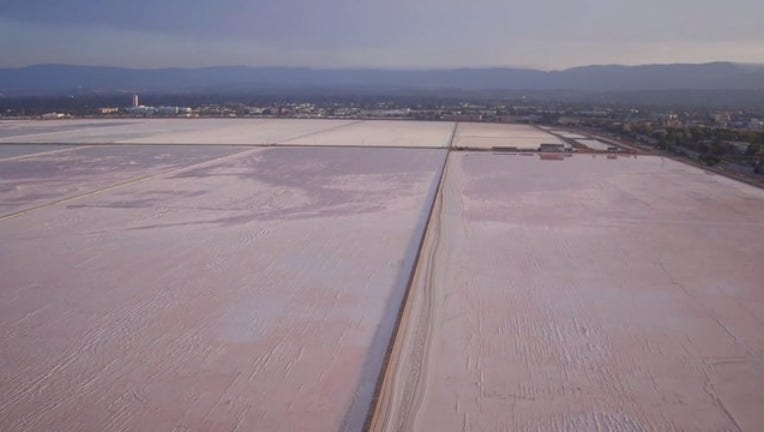 REDWOOD CITY, Calif. - A San Francisco federal judge on Monday vacated a ruling by the U.S. Environmental Protection Agency that would have allowed dredging and filling of the Redwood City salt ponds without getting permits from the applicable federal agencies.

In a 21-page opinion, U.S. District Judge William Alsup determined
that the EPA ignored its own interpretative regulations and misinterpreted relevant case law. The judge vacated the determination and sent the case back to the EPA to reconsider under the correct standards.

In 2019, the EPA determined that the Redwood City salt ponds - a
1,365-acre area adjacent to the San Francisco Bay filled with tidal pools, marshland, and commercial salt mining operations - was not part of the "waters of the United States."

The determination had important consequences. If the salt ponds
were not "waters of the United States," it meant that they were not subject to the Clean Water Act and private development could proceed without complying with the act, in particular the rules that require permits before filling and dredging.

The salt ponds are owned by an affiliate of Cargill, Inc., a large
privately held multi-national food corporation.

Xavier Becerra, Attorney General of California, and group of
environmental organizations including Save the Bay and San Francisco Baykeeper, sued the EPA to challenge the ruling.

The salt ponds are filled with levees and dikes constructed for
use in salt mining operations.

Salinized water fills a series of evaporation pools that result in
salt deposits that can ultimately be scraped out and sold commercially.

The dispute turned on whether the fact that the salt ponds were
set off from the Bay itself by the development of a system of levees and dikes made them no longer part of the navigable waters of the Bay.

"The salt ponds here have not been dry and have had continuing
connections to the Bay," the judge wrote.

Based on that, the EPA was wrong to have determined they were not part of the navigable waters of the Bay.

The court vacated and set aside the EPA's determination and sent
the case back to the EPA to consider the matter again, this time applying the proper legal standards.