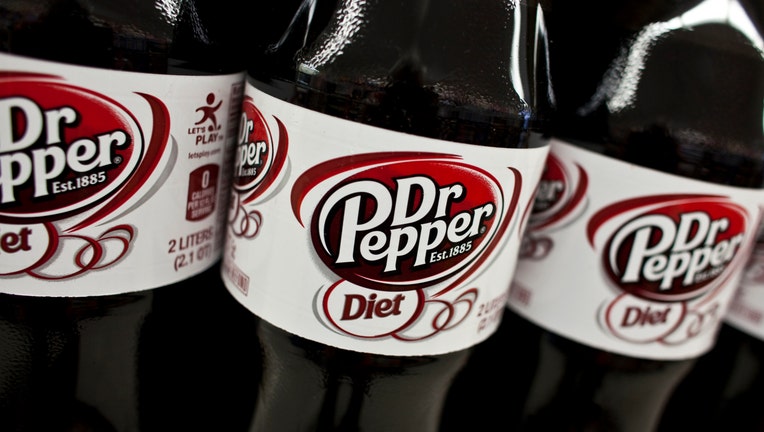 Bottles of diet Dr Pepper soft drinks are displayed at a supermarket in the Brooklyn borough of New York, on Tuesday, July 26, 2011. The US annual soft drinks sales is approximately $66 billion. Coca-Cola Co., PepsiCo Inc., and Cadbury Schweppes Plc,

The Ninth U.S. Circuit Court of Appeals in San Francisco refused to reinstate a class-action lawsuit by a woman who argued that the makers of Diet Dr Pepper committed fraud.

Shana Becerra of Santa Rosa argued that she had been drinking Diet Dr Pepper for more than 13 years and “did not receive what she paid for” because of deceptive advertising, the San Francisco Chronicle reported.

But when used as an adjective, the dictionary definition of “diet” refers to a product that has fewer calories that the “regular” version of the product, said the ruling by Judge Jay Bybee in a 3-0 appellate panel decision.

“No reasonable consumer would assume that Diet Dr Pepper’s use of the term ‘diet’ promises weight loss or management,” Bybee wrote.

In upholding a lower court’s dismissal of her suit, the panel also dismissed Becerra’s argument that the use of “attractive, fit models in the ads implies that Diet Dr Pepper will help its consumers achieve those bodies.”

The panel cited a federal appeals court ruling in New York in a similar case against Diet Coke that said the use of such models in advertising is ubiquitous and can’t reasonably be understood to carry any specific meaning.

The same San Francisco court last week dismissed an appeal by Becerra against the makers of Diet Coke, on grounds that it didn’t have jurisdiction in that case.

A message seeking comment from Jack Fitzgerald of San Diego, one of Becerra’s attorneys, was not immediately returned Monday night.