Steph Curry scores 23 in his return to the court after missing 58 games over the last four months due to a hand injury.

SAN FRANCISCO - Stephen Curry scored 23 points for Golden State in his anticipated return after missing more than four months with a broken left hand, but the Toronto Raptors beat the Warriors 121-113 to clinch a playoff spot.

After missing 58 games, Curry led Golden State out of the tunnel to a big ovation -- as loud as his neon sneakers, one pink and one yellow. He missed his first two shots but had three quick assists, including a no-look, behind-the-back dish to Andrew Wiggins.

He finished with seven assists and seven rebounds in 27 minutes. Norman Powell scored a career-high 37 points for Toronto, which won in a rematch of last year's NBA Finals. 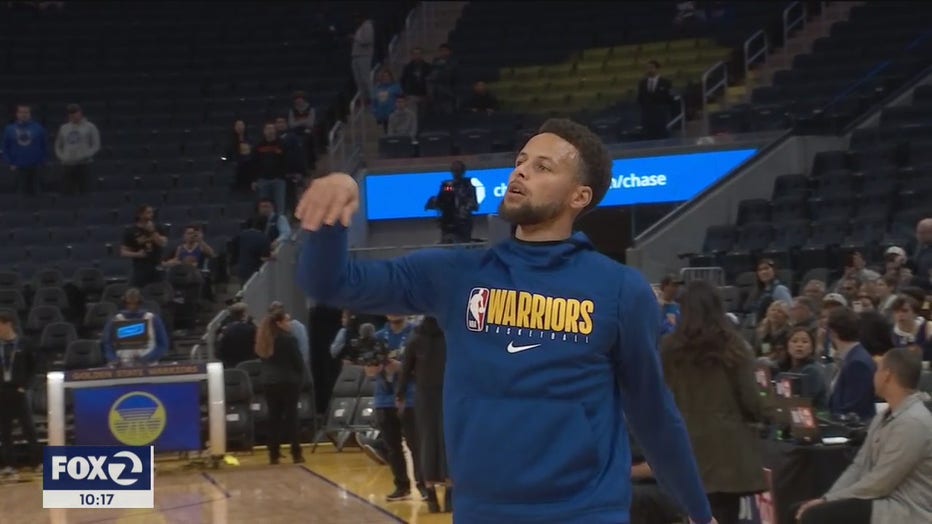