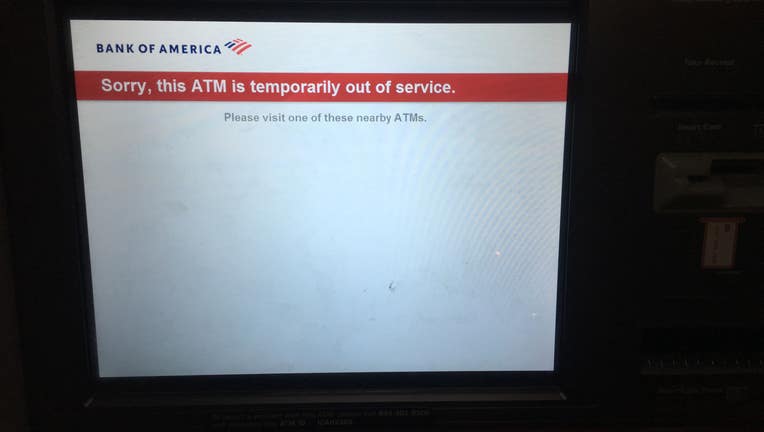 Many Bank of America customers are reporting a possible outage. Cards are apparently being declined and ATMs are out of service.

On social media, many people took to Twitter to share their stories about their bank accounts and information being inaccessible.

A KTVU photographer attempted to use an ATM and received a "temporarily out of service." We attempted to log in through the mobile site and were unsuccessful.

Others said they were unable to pay their bills and that their cards were being declined.

Shortly after this article was published we tried to access Bank of America Online Banking and the website appeared to be functioning.

Bank of America has not commented on the reported outage.