Port of Oakland shut down for a 3rd day; no end in sight for truckers protesting for independence

The Port of Oakland finds itself in the third day of a shutdown with more shutdown days likely to come. The protests are having an effect on supply-chain issues.

OAKLAND, Calif. - The Port of Oakland finds itself in the third day of a shutdown with more shutdown days likely to come.

The thousands of usually totally independent drivers are making history by uniting, so they can remain independent. In fact, for the first time ever, port truckers, overwhelmingly independents, have organized themselves enough to effectively shut down the Port of Oakland for the third straight day. 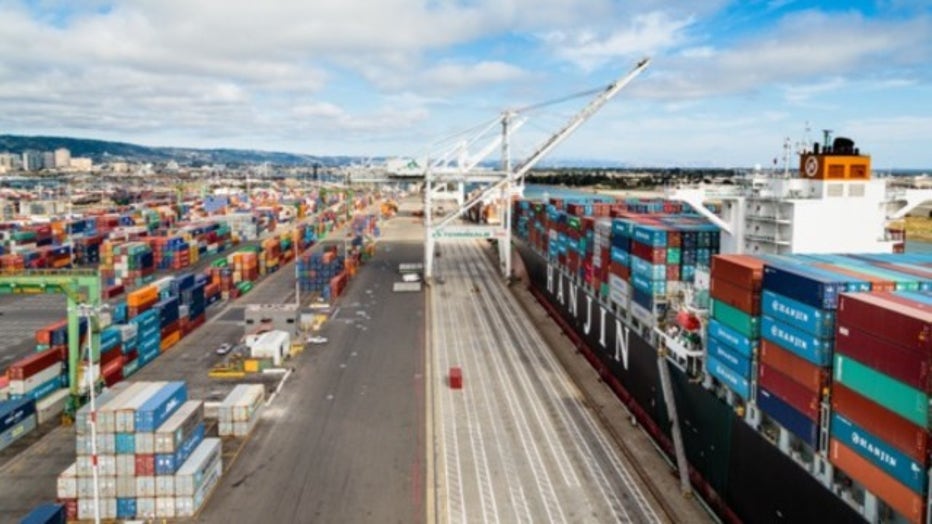 Each day, the consequences for consumers and businesses, grow more enormous.

The primary issue, exempt truckers from a state law (AB5) that forces them to either set up their own corporations or be forced to become employees of trucking companies or cargo brokers.

The reality is, those companies do not want to hire them because there is a significant ebb and flow of containers all year long.

Many of the drivers are immigrants who came from countries and cultures where self-employment was essential for survival.

"Enough is enough is what they're saying," said Bill Aboudi of AB Trucking. Aboudi owns AB Trucking, a company that has a small core of employee drivers.

"On the first day, the port downplayed the protesters' effect on the Port and that did not send the message out to the politicians. That's who they're trying to reach out to tell them this law is unfair," said Aboudi.

Port driver Randeep Dhillon said, "We've all been out here for three days, non-stop, from early mornings to late night, You know, we're trying to stop the Port's operation so that we can get our point across and cancel that AB5 law."

Each day, the protest has grown and now, even the powerful Longshoremen refuse to cross their picket lines in support of the truckers.

"Everyone has been supportive, very supportive and hope it will continue with us," said port trucker Navdeep Gill.

Manvir Jandu, another port trucker said, "So, we just want to say to them, if you will not listen to us, so we carry on. Another driver agrees. "We're gonna be out here until Sacramento gives us an answer about this law," said Dhillon.

"We've all been out here for three days, non-stop, from early mornings to late night, You know, we're trying to stop the Port's operation so that we can get our point across and cancel that AB5 law."

Port records show that about 10,000 containers come through the port every day. They can hold every thing from a few large machines to thousands of cell phones to microchips and everything in between.

One example, failure to deliver some long-delayed manhole covers keeps entire housing developments from opening. The longer the import and export containers sit, the more damage that does to the supply chain and the overall economy and we are all paying for it.