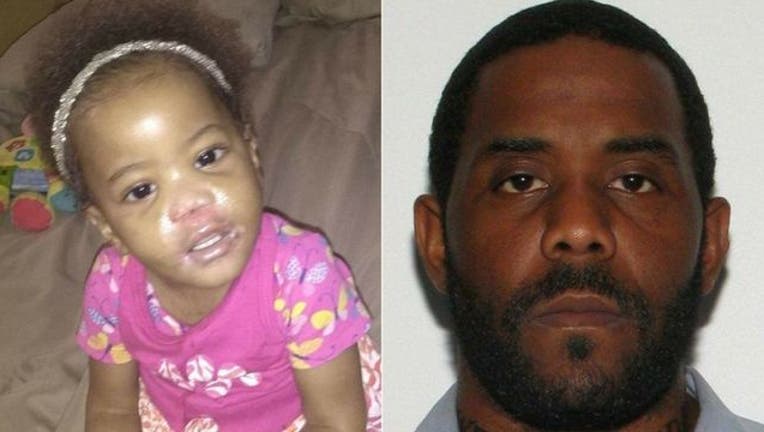 JERSEY CITY, NJ (AP) - A Virginia man whose toddler daughter's body was found in a suitcase next to train tracks in New Jersey earlier this month is now facing charges.

Hudson County prosecutors say 37-year-old Travis Plummer, of Richmond, is charged with desecrating the human remains of 23-month old Te'Myah Layauna Plummer. But the cause of death remains under investigation.

The child's body was found April 11 just west of the Journal Square rail station in Jersey City in the PATH rapid transit system, which serves New Jersey and parts of New York City.

Authorities had been seeking the pair since last month, though they didn't believe they were in danger. It was thought Plummer may have relocated to Jersey City or Charlotte, North Carolina.

The FBI tracked Plummer to San Juan, Puerto Rico, where he was arrested without incident April 19. He's awaiting extradition and it's not known if he's retained a lawyer.