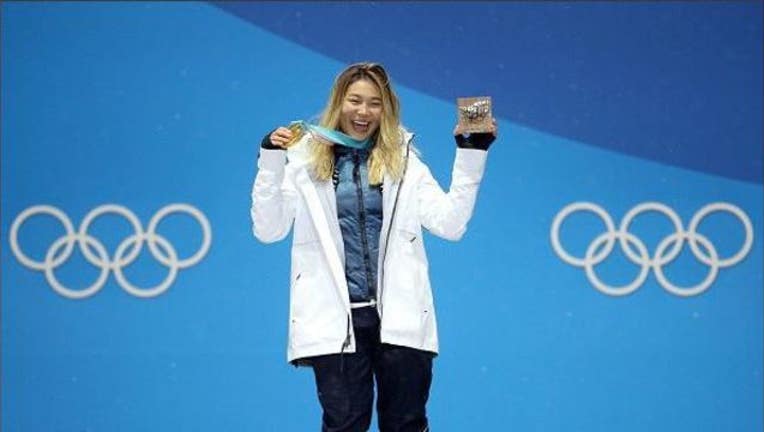 PYEONGCHANG, South Korea (KTVU) - 17-year-old California girl Chloe Kim is standing on top of the snowboarding world right now with her gold medal win on Tuesday in the halfpipe event.

Her story as the child of immigrants, born and raised in Southern California, has been widely shared and touted as the ultimate American dream come true.

In fact, as her father, Jong Jin Kim, watched his daughter make history on Tuesday to become the youngest female Olympic gold medalist on snow, he was heard cheering and shouting, “American dream!”

After her win, the Olympic superstar told reporters her performance was dedicated to her family and acknowledged what a monumental moment it was for her and her family to win this gold in South Korea, her parents' homeland.

The story goes, her father arrived to this country in 1982 with $800 in his pocket and was the driving force behind the young athlete's success.

As his daughter continued to dominate in the sport, Jong Jin Kim eventually gave up his job as an engineer to dedicate his time to her.

In a moving video that was posted by Visit California in 2016, it's clear how special the bond is between father and daughter as the teen chronicles how much her dad sacrificed so she could chase her dream.

In the video, Chloe recalls how as a young child her dad would carry his sleeping daughter into their car during the predawn hours and drive to Mammoth Mountain so she could practice snowboarding.

"When I'd wake up, I'd just wake up at a new spot every time without even knowing what happened," Chloe says.

"It made traveling so much easier for me, 'cuz I'd sleep the whole time and he'd do all the dirty work," she adds, as she looks to her proud, smiling dad.

That pride was uncontainable on Tuesday as the beaming father celebrated his daughter, his little girl whom he calls his American dream.