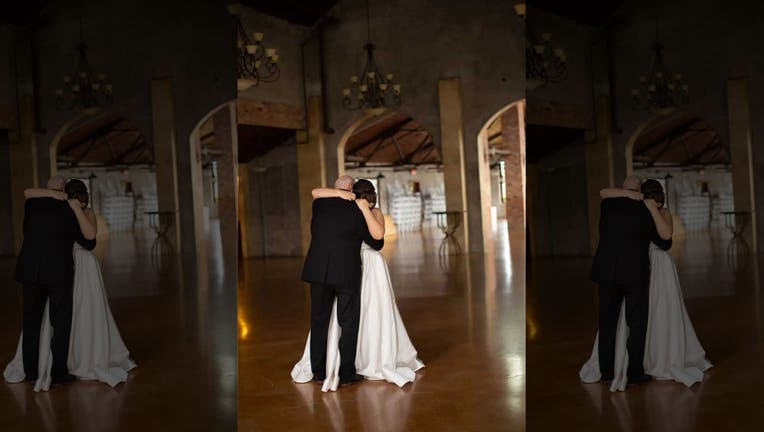 Halbert says she's sharing some of the photos now, as a reminder for other families to cherish their loved ones. She's also hoping to encourage others to "pre-create" special moments for the future. (Chubby Cheek Photography)

FOX NEWS - A mom in Texas said she was overwhelmed with emotion after her friends and family chipped in to help her “pre-create” a heartwarming moment between her terminally ill husband and their children.

Nicole Halbert explained in a moving Facebook post that her husband Jason was diagnosed with grade IV glioblastoma in April, and was expected to live for a little over a year. Glioblastoma can be difficult to treat and may require several different approaches including surgery, radiation and chemotherapy. With standard treatment, the median survival for patients is approximately 11-15 months, according to the American Brain Tumor Association.

Halbert said that about a month ago she and Jason were informed that the cancer had become more aggressive, and had leaked into his cerebral spinal fluid, lessening his predicted prognosis. 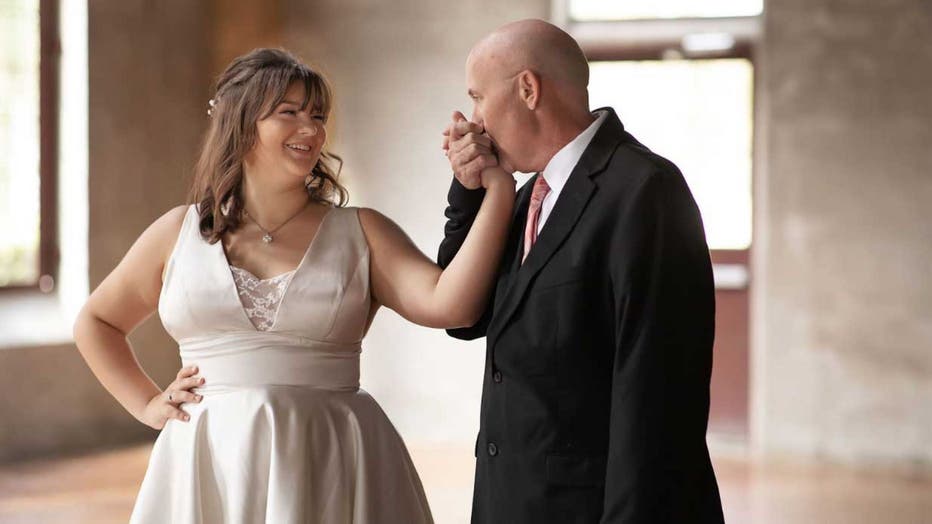 “The dreams they had of their daddy walking them down the aisle had come to a screeching halt,” said Nicole Halbert of her two teenage daughters, after learning that her husband Jason had terminal cancer. (Chubby Cheek Photography)

The couple’s two daughters, 18-year-old Kaylee and 16-year-old Ashlee, had always dreamed of their weddings, and dancing with their father at the ceremony, Halbert added, but she knew it was no longer an option.

“The dreams they had of their daddy walking them down the aisle had come to a screeching halt,” she wrote.

That’s when Nicole and her daughters came up with the idea to “pre-create” their daddy-daughter wedding dances with Jason, as something the girls could look back on after he’s passed — and the entire family loved the idea. 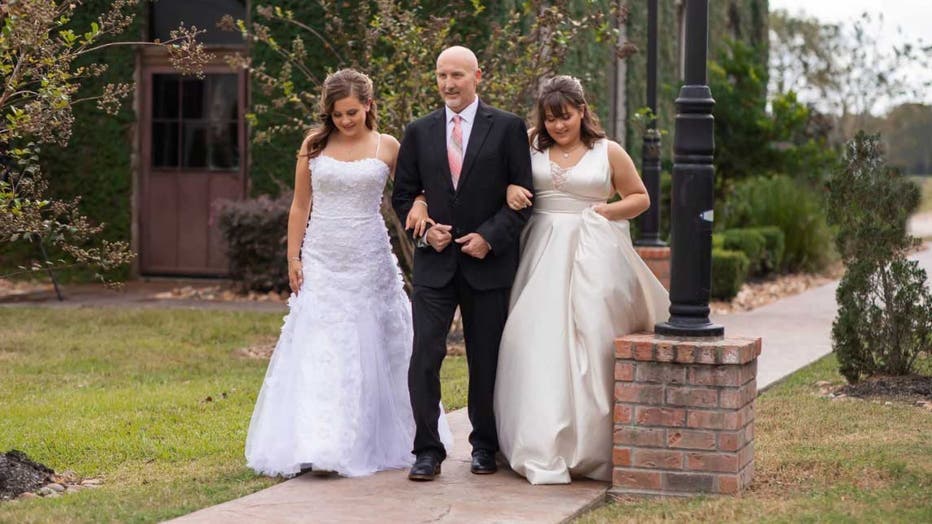 Pictures from the family’s daddy-daughter dances, which took place on Oct. 14, show Jason twirling and embracing his two teenage daughters. In one, he even walks them down the “aisle,” arm-in-arm. (Chubby Cheek Photography)

Pretty soon, family and friends rallied around to donate their time and services — as well as a slew of wedding dresses to choose from — to make the moment happen. Shalonda Chaddock, a professional photographer and friend of Halbert’s, immediately agreed to document the bittersweet dances for the girls.

“I have photographed a lot of difficult shoots … but this one was by far the most difficult to photograph because I know this family personally and I have watched these girls grow up,” Chaddock, who runs Chubby Cheek Photography, told Fox News.

“Having two young daughters myself, I wanted so badly to capture the perfect images for them. But, as the tears fell, I realized that these [photos] didn’t have to be perfect, they just needed them,” she said. 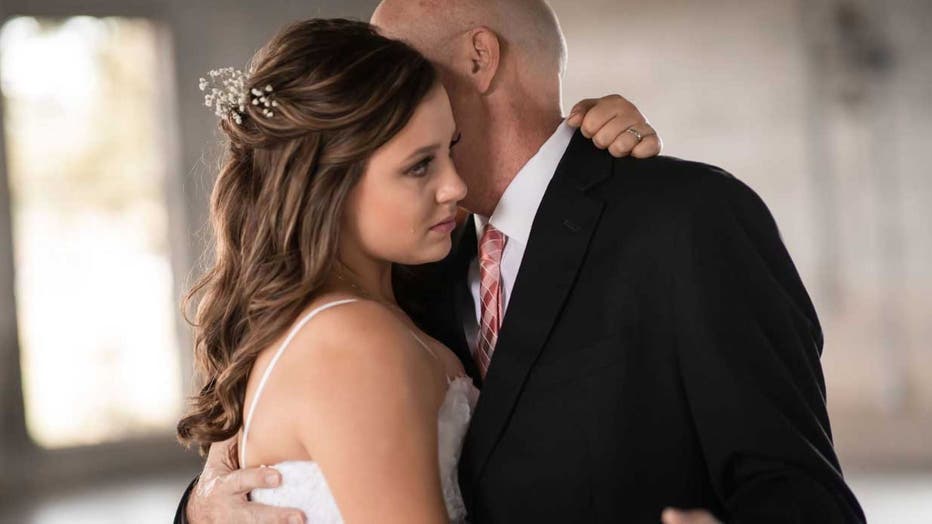 “I have photographed a lot of difficult shoots … but this one was by far the most difficult to photograph because I know this family personally and I have watched these girls grow up,” photographer Shalonda Chaddock said. (Chubby Cheek Photography)

Pictures from the family’s daddy-daughter dances, which took place on Oct. 14, show Jason twirling and embracing his two teenage daughters. In one, he even walks them down the “aisle,” arm-in-arm.

“The day of the dance, the sun was shining through gray rain clouds, sunlight mixing with rain showers. I realized, afterwards, how appropriate the weather was for this day,” Halbert wrote of the moment on Facebook. “That is what we've been doing through this whole journey, trying to find the light among the darkness, the sunshine in the rain.”

Halbert now says she’s sharing photos from the heart-wrenching photoshoot as a reminder for others to appreciate their families, and as a way to raise awareness for the disease that’s taking her husband.

She also said on Facebook that she’s hoping to encourage others to “pre-create” moments themselves.

“When our girls look back at this chapter, I want them to remember not a journey of death, but a journey of life. Take the trip, snap the pictures, eat dessert first, go see your friends, play games with your kids, make your days matter! When you live your life surrounded by kindness and love, you have lived your life well,” she wrote.

According to the family’s “Pray For J” Facebook page — where she shares updates on her family and her husband’s health — Jason’s body is responding well to a new round of chemotherapy drugs, and doctors say it’s likely he may have more time than what was discussed in the last prognosis.

A GoFundMe page has also been set up for the family to help deal with Jason’s medical costs.