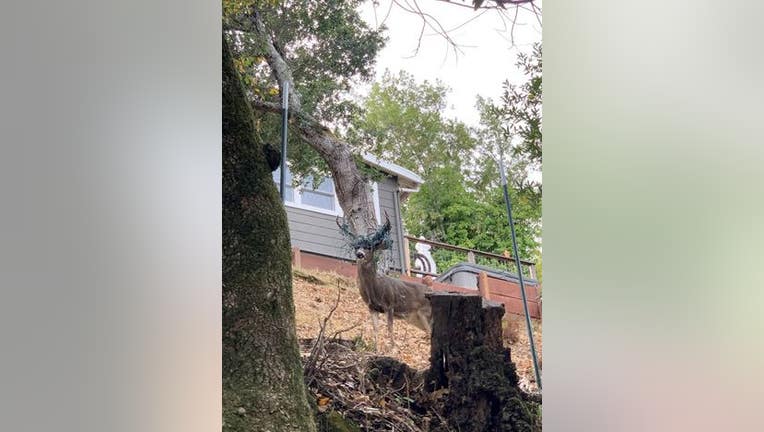 SAN ANSELMO, Calif. (KTVU) - A deer in San Anselmo got in on the festive holiday spirit. It all happened by accident when the buck's antlers got tangled in Christmas lights last week.

“What likely happened is that the lights were draped loosely over a bush or hanging very low and the buck ran through them, getting his antlers tangled up,” said Director of Animal Services at Marin Humane, Captain Cindy Machado. 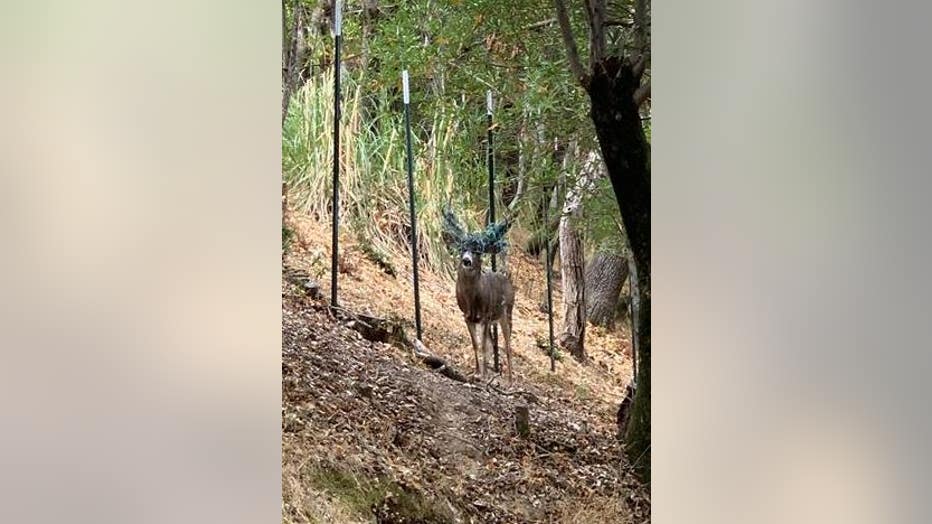 The organization said officers weren't able to wrangle the deer for risk of them being charged by the animal or injured.

The buck is still able to graze and wander freely with his antlers still entwined in the lights. Animal services officials said it's likely the buck will naturally shed his antlers and the lights will fall off too.

It's a good reminder to consider wildlife when hanging holiday decorations. It's suggested that people place lights high enough so animals won't get caught in them.

Captain Machado adds, “We're lucky to share our space with so many animals in Marin County so let's be mindful of their safety, even when we're getting festive.”