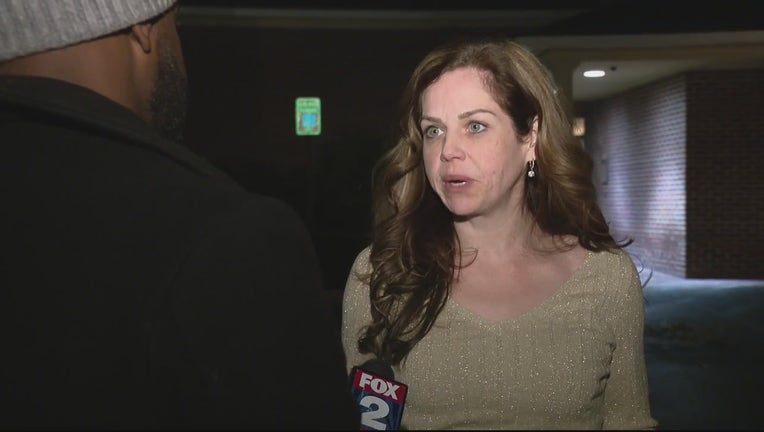 FERNDALE, Mich. - During their arraignment Saturday morning, both James and Jennifer Crumbley said few words as they were read charges of involuntary manslaughter brought against them.

But the two-woman team selected to represent them, Shannon Smith and Mariell Lehman, had much more to say.

Over Zoom, Smith accused the prosecution of presenting "incomplete facts" and creating a "media spectacle" following the announcement of charges against the couple.

"We need an opportunity to fight this case in court and not in the court of public opinion," Smith said.

The Crumbleys aren't the first high profile defendants that Smith has represented in recent years. She's also been the defense for both Larry Nasser - the disgraced Michigan State University sports doctor - and Jumana Nagarwala - who was charged with performing female genital mutilation.

According to the attorney's website, Smith received her Juris Doctor from Michigan State and has graduated from the Criminal Defense Attorneys of Michigan Trial College.

Lehman received her J.D. from Thomas Cooley Law School. She's also part of the Macomb Chapter of the Women Lawyers Association of Michigan.

In a statement to media released Friday, the two lawyers accused the prosecution of trying to "make an example and send a message" in its charges against James and Jennifer Crumbley.

"The prosecution has very much cherry-picked and slanted specific facts to further their narrative to do that. We intend to fight this case in the courtroom and not in the court of public opinion. We know that in the end the entire story and truth will prevail."

Rarely have parents of those that have committed mass shootings also been charged. However, on Friday Oakland County Prosecutor Karen McDonald said the actions by the parents of Ethan Crumbley were "egregious."

An Oakland County judge set a $500,000 bond for both James and Jennifer Crumbley during their arraignment Saturday morning. Judge Julie Nicholson said both defendants were flight-risk concerns after they failed to show up for their arraignment date on Friday.

During their arraignment, McDonald requested a $500,000 bond for the Crumbleys after they failed to appear for a scheduled court appearance on Friday, believing the two were at risk for fleeing. It took police some 10 hours to locate the parents after charges were announced.

Their attorneys have taken issue with that characterization, arguing instead the couple were hiding for their safety and had always planned to turn themselves in. "They were never fleeing prosecution, contrary to media reports."