The Delta employees allege that the uniforms have caused numerous people to break out in skin rashes, suffer hair loss and other ailments.

Delta rolled out the uniforms to 64,000 employees in May 2018, designed by fashion designer Zac Posen and manufactured by Lands' End.

Two class-action lawsuits have been filed against the Wisconsin-based clothing manufacturer, the first on Oct. 3 and the second filed on Tuesday, both in the U.S. District Court for the Western District of Wisconsin, according to the Wisconsin State Journal.

The lawsuits claim that Lands’ End was negligent in issuing the uniforms and failing to recall them once problems were reported.

More than 500 current or former employees were listed as plaintiffs in the lawsuit filed this week, which does not name Delta as a defendant. The October lawsuit was brought on behalf of any flight attendants, customer service agents, ramp agents or anyone else required to wear the Passport Plum uniforms.

Lands' End said it does not comment on pending litigation.

After the uniforms were launched in 2018, Delta said it took “three years to collect feedback and listen,” and tested the uniforms on 1,000 employees. 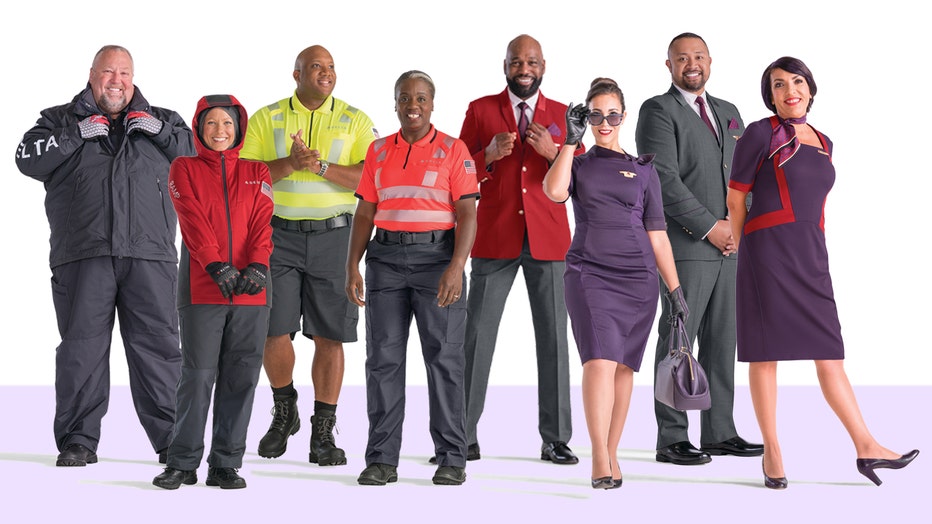 "When we began working with employees to design new uniforms, we wanted to improve design, fit and function, while ensuring the health and safety of all Delta people. That’s why we took three years to collect feedback and listen, including three months of testing live in the operation on 1,000 randomly selected employees," the airline told FOX News last year.

Delta also said it had received “a few reports about potential chafing or skin irritation,” and it had “initiated conversations with each employee reporting an issue,” according to FOX News.

In a statement on Friday, Delta said its own study confirmed the “highest textile standards.”

“Our top priority continues to be the safety of our employees, which is why we invested in a rigorous toxicology study to determine if there was a universal scientific issue with the uniform,” the airline said in a statement to FOX News. “The results of the study confirm our uniforms meet the highest textile standards - OEKO-TEX - with the exception of the optional flight attendant apron, which we removed from the collection.”

This story was reported from Cincinnati. The Associated Press contributed to this report.