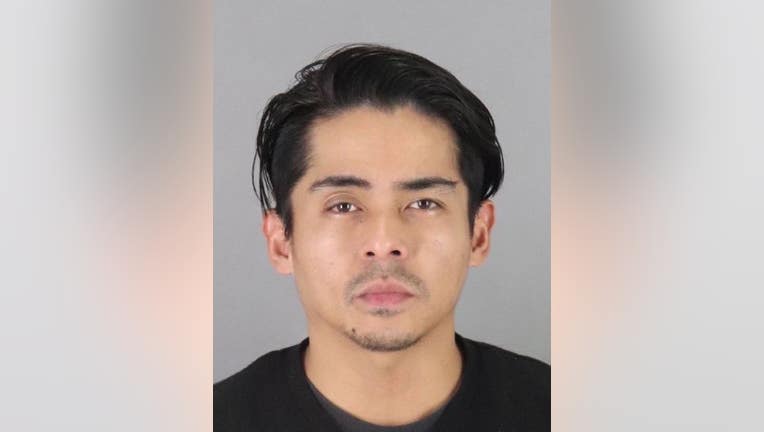 SAN CARLOS, Calif. (KTVU) - Deputies arrested a San Francisco man who attempted to rape a woman on New Year's Day two years ago after giving her a ride.

According to the San Mateo County Sheriff's Office, on the morning of Jan. 1, 2018, 43-year-old Richard Silverio, saw the woman standing on a sidewalk in San Francisco waiting for her rideshare. She was trying to get to San Carlos.

Silverio pulled up and offered to give the woman a ride. He is a contracted driver with a rideshare company but was not on duty at the time.

Before they got to the requested destination in San Carlos, Silverio drove the woman to the back of a business on the 300 block of El Camino Real.

Deputies said the suspect pulled out a knife and told the woman he wanted sex as his payment.

A struggle ensued between the two before the woman was able to break free and get out of the vehicle. However, Silverio caught up to her and violently tried to rape her, sheriffs said.

After a second struggle, the woman managed to get away and ran to a gas station where a cashier called 911.

Deputies arrived at the scene and assisted the victim. Two years late, a DNA sample obtained during the investigation matched Silverio.

He was arrested on Thursday at 4 p.m. on four felony charges of attempted rape, assault to commit rape, kidnapping and false imprisonment.