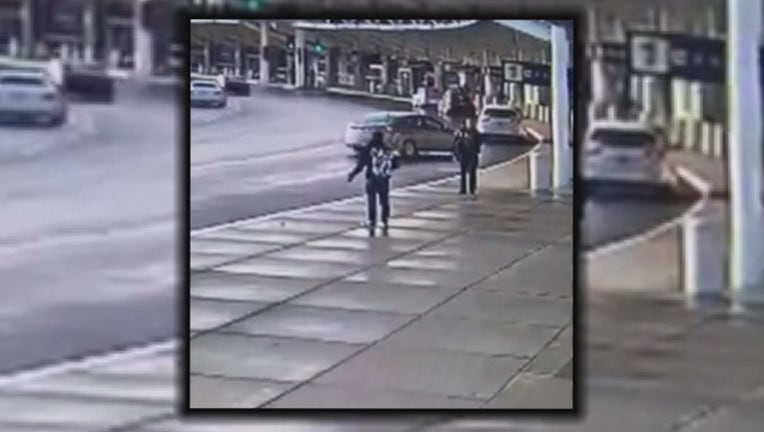 Fabian Roca-Ruiz was carrying a folding knife on Sunday when he approached two unoccupied patrol cars, a c cording to Sgt. Ray Kelly.  Investigators say a deputy drew her gun as she confronted the him, but with the help of additional deputies, Roca-Ruiz was safely taken into custody.

The sheriff’s department released a photo of the knife and video outside the airport to demonstrate the situation.

"We are very proud of our deputy,” Kelly said. “She used every tool available to her, the most important tool being her verbal communication tools. And so she took what could have been a very serious situation and was able to take it down, de-escalate the situation."

Roca-Ruiz was arrested for brandishing a weapon and threatening deputies. The sheriff's office says the he will undergo a mental health assessment.