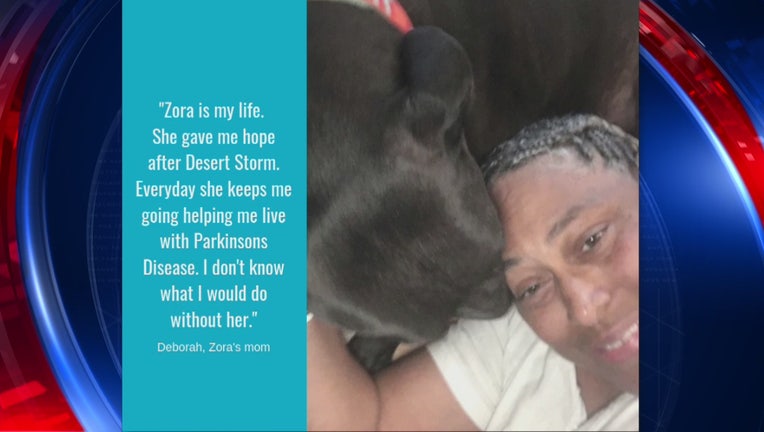 LOS ANGELES - An animal rescue hopes to help a Desert Storm veteran who sought funding assistance for her dog who is in dire need of surgery.

Zora is a 7-year-old pit bull who is struggling with a tumor and torn ACL. Zora was adopted by a Desert Storm war veteran from Karma Rescue. Deborah, Zora's owner, also has mounting medical bills. Find out how you can help.

A woman named Deborah gave Zora a second chance at life when she adopted her from Karma Rescue. The seven-year-old pit bull was surrendered as a puppy.

Karma Rescue is a trusted charity that has been featured on FOX 11 for years. The charity is part of FOX 11's Pet Project that showcases pets available for adoption on Good Day LA.

Zora suffers from a tumor and torn ACL. The charity asks for help with Zora's surgery, which amounts to about $6,000.

Karma Rescue is doing a special 24-hour fundraiser to help. 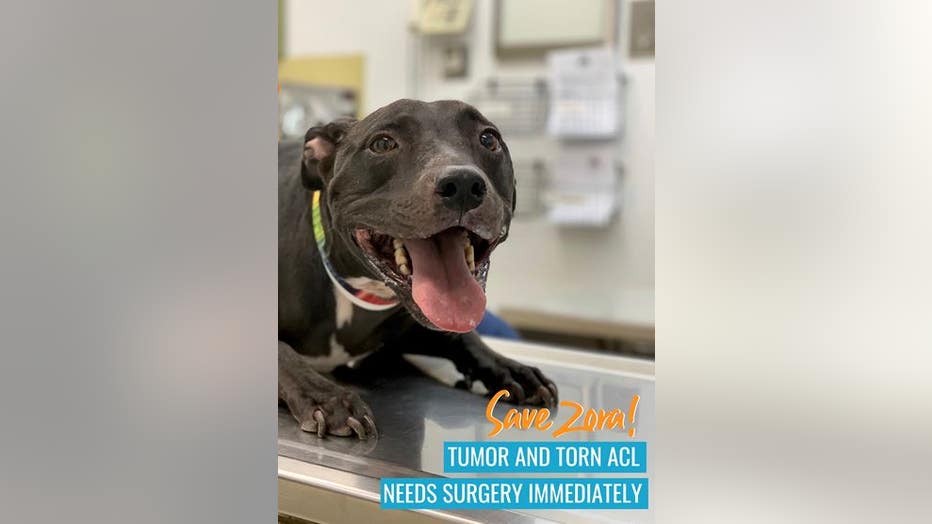