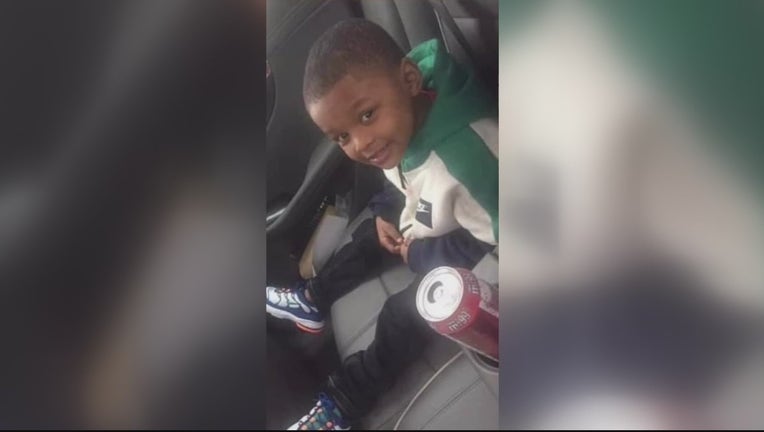 DETROIT (FOX 2) - A 5-year-old boy who was murdered along with his mother and her boyfriend inside of a Detroit home in February was shot 9 times, according to documents presented in court on Thursday.

Caleb Harris, 5, was shot and killed on Feb. 18 after authorities say the shooter killed his mom and his mom's boyfriend. On Thursday, the suspected shooter, Malcolm Hardy, was in court for a preliminary hearing and was bound over for trial for the murder of all three.

Aaron Benson, LaShon Marshall, and her son Caleb were killed that night when authorities said Hardy fired a total of 22 shots out of a gun that was allegedly owned by Benson.

Three witnesses were called including the cousin of Marshall, the first responding Detroit police officer, and a friend of Hardy's. The friend testified that Hardy had confessed to him what happened inside the home on Evergreen near Finkell.

The friend said the three teens did ‘jobs’ for Benson, which included delivering weed for him.

According to the friend, he was at home the night of Feb. 18 when his twin brother and Hardy left the home. A couple of hours later, they returned and Hardy was holding a gun.

The weapon, a black gun with an extended clip, was one that he knew Benson had owned. He testified that Benson had showed the weapon to him before and Hardy explained that he had shot him with his own gun before shooting Marshall and Caleb.

He said his brother and Hardy were upset and Hardy explained what happened.

According to what Hardy told the friend, Hardy and the friend's brother were at Benson's home that night. Hardy claimed Benson had grabbed his shirt and tried to punch him, so he grabbed Benson's gun and shot him with it.

He then said that he shot his girlfriend in the butt by accident and then he shot her in the head, killing her. There was a third person in the house and Hardy allegedly said that he believed little Caleb was ‘going to snitch on him’.

The friend then testified that Hardy shot the little boy in the leg and then shot him in the head.

Neither the friend nor the police officer who testified said how many shots were fired but, when Judge Kenneth King ordered him to trial, he said that a total of 22 shots were fired.

Hardy said the friend's brother was outside of the home at the time of the shooting.

Judge King said there were holes in Hardy's story about shooting Benson in self-defense. He said that, between the shootings, he said Hardy had time to reflect on his actions - which shows premeditation for murder. He ordered Hardy be bound over on all charges. He'll be arraigned in third circuit court on May 19.

The bodies of Benson, Marshall, and Harris were not discovered until two days later. On February 20, police conducted after a relative of the adult male victim had not heard from him for several days.