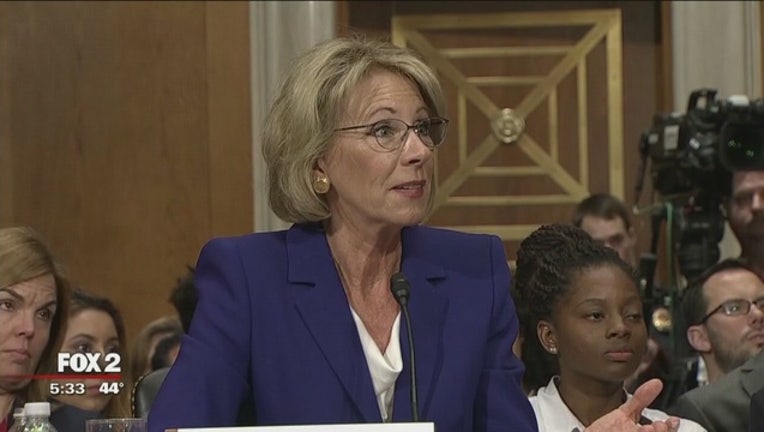 Speaking to members of The Council of the Great City Schools, a group of the nation's largest urban school districts, DeVos stressed that parents, not Washington politicians, should be making choices about their children's education.

"Parents know better than any politician or administrator the unique needs of each of their children," DeVos said. "Time and again, when parents are empowered to take charge of their children's education, when they have quality options we see the results for students. For me this is just common sense."

DeVos, a longtime advocate of charter and private schools, said parents must be able to pick the right educational setting for their children in the same way that they choose their food, clothing and extracurricular activities. DeVos gave the example of a private school that provides scholarships for low-income, mostly minority students and helps them thrive and added that public and private partnerships were essential in education.

The secretary called for giving more power to parents, teachers and local leaders in making decisions about schools and learning. "Those closest to the problem are often best equipped to solve it," she said. "Let's continue to move power away from Washington, D.C., and into the hands of parents and state and local leaders."

While DeVos stressed that she supports "great public schools" and "all students," her remarks were met with skepticism by some attendees.

Happy Haynes with Denver Public Schools said that private schools cannot possibly accommodate all children across the country and thus attention needs to focus on public schools and how to fund them.

"It concerns me that we lift up a tiny fragment of our student population and say `this is how it should be' when we know that it's not possible," Haynes said. "I don't support sending public money to private institutions who are not publicly accountable."