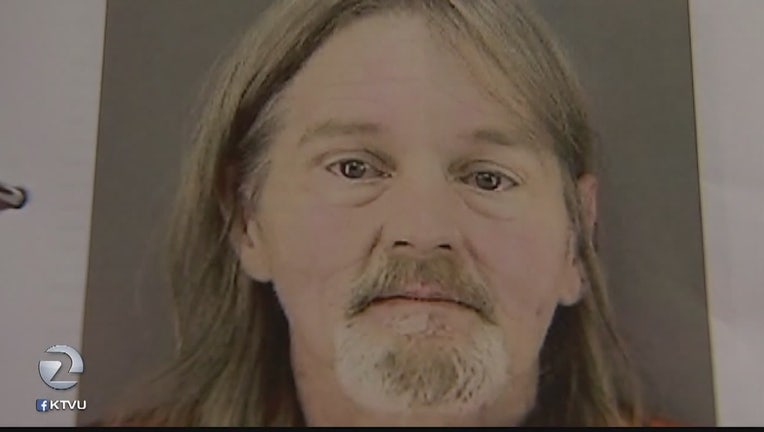 SAN FRANCISCO - One year ago a gruesome discovery was made in San Francisco. Human body parts were found in the South of Market neighborhood. Days after the discovery, the only suspect in the case,  54-year-old Mark Andrus, died.

While he took his chilling secret to the grave, his digital footprint allowed investigators to piece together what happened.

It was on January 28th, 2015 when the headless, limbless torso was found inside a suitcase at 11th and Mission streets near the Goodwill store.

Part of a leg and foot were discovered in a trash can nearby. Several theories quickly emerged.

“There were a lot of things. It could have been some kind of satanic act,” said San Francisco homicide investigator Sgt. Gary Watts.

Those explanations were soon ruled out.

“Once I arrived on scene with my partners, we pretty much came to the conclusion that it was somebody trying to hide some kind of crime,” Watts said.

Officers searched the area for clues and located surveillance footage that showed a man dragging the suitcase down the street and slung over his shoulders were several backpacks. Two days later, pictures from the video were released to the media and they produced a lead.

“There was an anonymous 911 call to SFPD dispatch, saying that the person who looked like the person of interest, wanted by SFPD, was staying at 430 Turk,” said Sgt. Watts.

The tip led police to public housing in the heart of the Tenderloin, at the Sala Burton Manor.

And staying in Room 409 with a friend was Mark Andrus, a small-time drug dealer in the area who sold heroin and cocaine.

Police were confident he was the man who dumped the body parts.

“When I arrived on scene and spoke to Mr. Andrus, he was still wearing the same t-shirt as the person of interest was wearing in the video, hauling the suitcase around South of Market.”           Watts believed they had their man.

Officers escorted Andrus out of the building with a sheet over his head and took him away for questioning.

While investigators had no doubt Andrus was involved, with no crime scene or motive, there wasn’t enough evidence yet to charge him with murder, so he was released with the help of San Francisco Public Defender Jeff Adachi.

Out of custody, but still a suspect, Andrus was under 24-hour police surveillance.           Meanwhile, DNA testing identified the human remains in the suitcase as 58-year-old Omar Shahwan, a longtime friend and former roommate of Andrus.

'“At the time we were trying to find out and see if Mark Andrus would lead us to the crime scene,” said Sgt. Watts.

But just four days after Andrus was released, he collapsed and died.

The medical examiner ruled the death was a result of years of prolonged drug use.           Suddenly, the central focus of the investigation was gone.

“I was shocked because the whole case was very strange,” said Sgt. Watts.

With the one and only suspect now dead, Andrus’ digital trail helped reveal his dark secret.

A search warrant allowed for data to be extracted from his cell phone. In text messages, Andrus often mentioned the Aldrich Hotel in the Tenderloin. On Jones Street, Sgt. Watts found a crucial piece of evidence.

Andrus was listed on a room card with the victim, Omar Shahwan. They had checked into Room 320, just a few days before the murder.

Sgt. Watts talked to the person staying next door.

“They heard banging.  They heard someone begging for mercy,” he said.

The autopsy report for Shahwan declared his death a homicide, but it did not explain the cause of death.

By the time Sgt. Watts inspected the hotel room, a month had passed. There was no evidence of a crime.

Watts continued to review Andrus’ digital footprint and it took a gruesome turn.

He said Andrus made numerous Google searches looking for hand saws and power tools on Craigslist and at Target and that Andrus searched how to use hands saws to “cut up meat”.

“He was looking for the right instrument, I believe, to dismember the body,” Sgt. Watts said.Watts believes Andrus cut up the body in the bathtub inside the room he shared with the victim at the Aldrich hotel, as a way to hide evidence.

The detective reviewed the case file with KTVU. It was a grisly case that brought several challenges.

No crime scene, no murder weapon, no additional body parts were ever found, nor were those backpacks.

And with the death of the suspect, the central mystery – the motive – remains unknown.

“Only Mark Andrus knows those answers,” said Sgt. Watts.  “Only he can tell us what happened in that room in the Aldrich Hotel.”