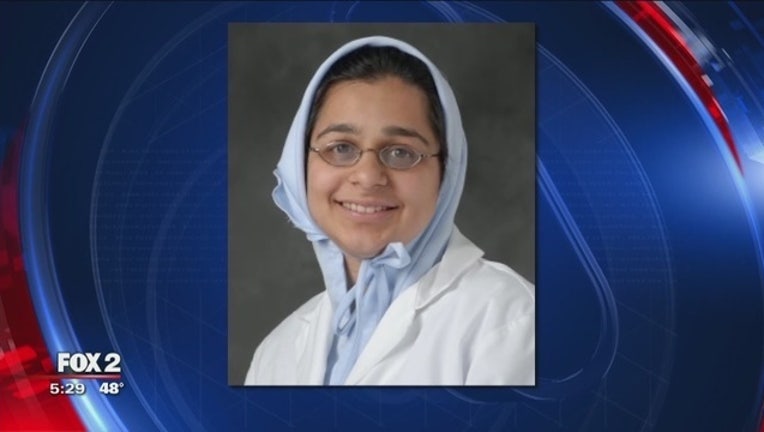 DETROIT (AP) -- A Detroit-area doctor charged with performing genital mutilation on two 7-year-old girls denied the allegations through her lawyer Monday, insisting that she conducted a benign religious ritual for families of a Muslim sect.

Shannon Smith's defense of Dr. Jumana Nagarwala contradicted the government's position that the Minnesota girls were forced to undergo a painful, bloody procedure at a Michigan clinic that left them with scars and lacerations on their genitals. It's the first time someone has been charged with violating a U.S. ban on genital mutilation.

Smith's explanation emerged during a hearing to determine whether Nagarwala would stay locked up without bond, following her arrest last week. After hearing arguments, a judge said she was a threat to the public and refused to release her.

"They were the last in a long line of children cut by the defendant," Assistant U.S. Attorney Sara Woodward said of the two girls who were accompanied to the Livonia clinic by their mothers.

Smith said it is Nagarwala's "absolute position" that she didn't mutilate genitals as alleged by the government or even cause bleeding. She said mucous was removed from the girls in February, and the gauze was given to the family for burial.

Nagarwala is a member of the Dawoodi Bohra community, a Muslim sect concentrated mostly in India, Smith said. Federal investigators have said the families of the Minnesota girls also belong to the sect.

The Bohras are an affluent community of about one million people concentrated mostly in Mumbai, India, but also seen across the U.S. and Europe. Within the sect, the practice of female circumcision remains a divisive issue, although supporters defend the ritual.

Smith partly blamed the allegations against Nagarwala on a "political divide" within the group's mosque in Oakland County, Michigan. She didn't elaborate.

U.S. Magistrate Judge Mona Majzoub aggressively questioned the attorney, sometimes with a skeptical tone. She asked why a so-called religious custom was being performed in a medical clinic after business hours and wondered why Nagarwala appeared to be the "go-to person."

"She was familiar with the religious procedure. ... It does not have to be done by a physician," Smith replied. "I believe my client wanted it to be as sanitary, as clean as possible."

Nagarwala, 44, stood silently next to her attorney, wearing a head scarf and shoulder cape over her jail clothes.

"This is going to be a complex" case, Smith said.

The judge replied: "I agree with you."

In arguing that Nagarwala should remain in jail, prosecutors didn't disclose many new details. Woodward said investigators believe she has performed genital mutilation in Michigan as far back as 2005, although an exact number was not known.

The World Health Organization said the practice of removing or injuring female genital organs has no known health benefits. Yet it has been performed on more than 200 million women and girls in 30 countries, according to the WHO.