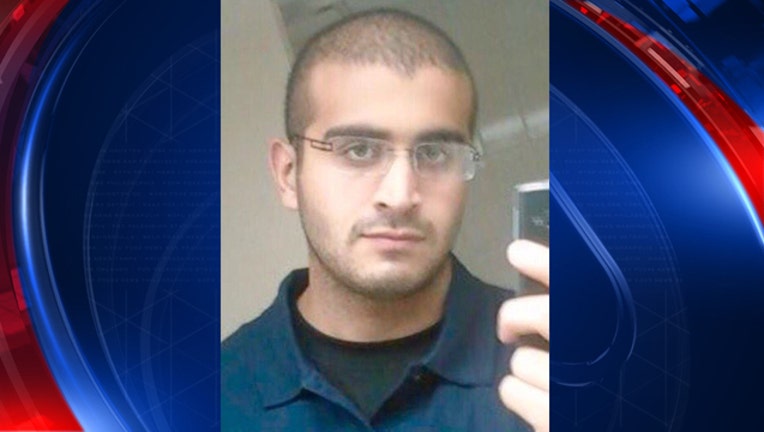 ORLANDO, Fla. (AP) — The gunman who opened fire at a gay Florida nightclub last month had complained he was repeatedly taunted for being Muslim in his job as a security guard at a Florida courthouse, according to records released Monday.

Omar Mateen responded to the taunts by telling his co-workers that he had connections to terrorists and a mass shooter, but he later told his bosses he made that up to get them off his back, and the FBI determined he was not a threat.

"I love the United States. The boasting I did it just to satisfy the gang of co-workers who ganged up against me," Mateen wrote in a letter to his bosses at G4S Secure Solutions, according to the documents released by the St. Lucie County Sheriff's Office. "I'm 1,000% pure American. ... I'm against these terrorists anyone of them."

Mateen opened fire at the Pulse nightclub in Orlando during "Latin Night" on June 12 in a rampage that left 49 dead and 53 wounded. It was the worst mass shooting in modern U.S. history. Mateen, who pledged allegiance to the Islamic State during a call with police dispatchers amid a three-hour standoff, died in a hail of gunfire after police stormed the venue.

Mateen was born in New York and his family came from Afghanistan. According to the records, he told his bosses that when he first started working at the St. Lucie Courthouse, one guard told deputies that he was "a Muslim extremist and potential terrorist."

When boxes were delivered to the courthouse, another guard often said, "We have to be careful Omar may send us a bomb and he will get his 72 virgins," Mateen wrote, according to the records.

Another time, a deputy teased Mateen that his fingers had pork oil on them and he was going to rub them on Mateen's shirt, according to Mateen. Observant Muslims don't eat pork because it is considered unclean.

Mateen told his bosses that in response to the taunting, he told co-workers he had ties to the Boston Marathon bombing suspects and Nidal Hasan, a former U.S. Army major who was convicted and sentenced to death for the 2009 shooting at Fort Hood in Texas that left 13 people dead and 31 wounded.

His remarks prompted an FBI investigation in 2013 and caused enough concern with the St. Lucie County Sheriff's Office that officials there asked G4S Secure Solutions to have him reassigned, away from the courthouse. But in addition to Mateen's explanation to his bosses that he had made the story up, the documents show the FBI didn't believe he was a terrorist, and an agent told a sheriff's office major that he didn't think Mateen "would go postal or anything like that."

The FBI investigated Mateen again in 2014 because of his ties to a Syrian suicide bomber who went to the same mosque, but that case also was closed without the agency taking action.

FBI spokeswoman Amy Pittman on Monday referred questions to the FBI's Miami office. Miami office spokesman Michael D. Leverock said he could not comment because the case was still under investigation.

His work can be found at http://bigstory.ap.org/content/Mike-Schneider