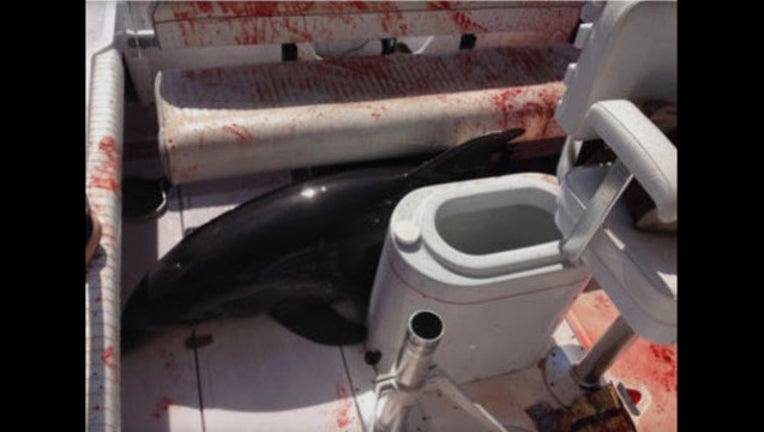 SANTA ANA, Calif. (AP) -- A dolphin leaped onto a boat in Southern California, crashing into a woman and breaking both her ankles.

The Orange County Register reports that Chrissie Frickman was boating with her husband and two children June 21 when a pod of dolphins swam alongside them.

One of the animals jumped on the vessel, knocking Frickman over and landing on her legs.

Her husband, Dirk, pulled her out and called authorities as he headed toward an Orange County harbor.

While he steered, he splashed water on the 350-pound dolphin to keep it alive as it thrashed around and bled from some cuts.

Dirk Frickman got help pulling the dolphin onto a dock with a rope and then releasing it.

It swam away, but his wife is still recovering from her injuries.