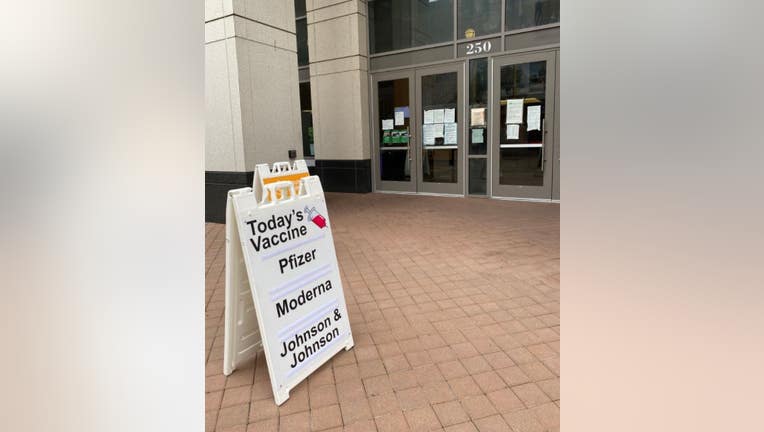 OAKLAND, Calif. - The non-profit ‘Covid Clinic’ that operated a free walk-up vaccination and testing site at Frank Ogawa Plaza abruptly announced it had to close on Wednesday, saying they are facing significant staffing and vaccine shortages.

In a news release, city officials said "the City of Oakland is extremely disappointed that they were unable to fulfill their agreement to extend services through the end of December as previously announced."

The clinic has been operating since Sept. 15.

The city said that the clinic is working on notifying people who had previously scheduled appointments between Dec. 8 and the end of the year.

The free, walk-up clinic in Fruitvale will remain open. That clinic is at 3411 East 12th Street, Suite #130 from 9 a.m. to 5 p.m. seven days a week. For information on the Covid Clinic, visit its website.