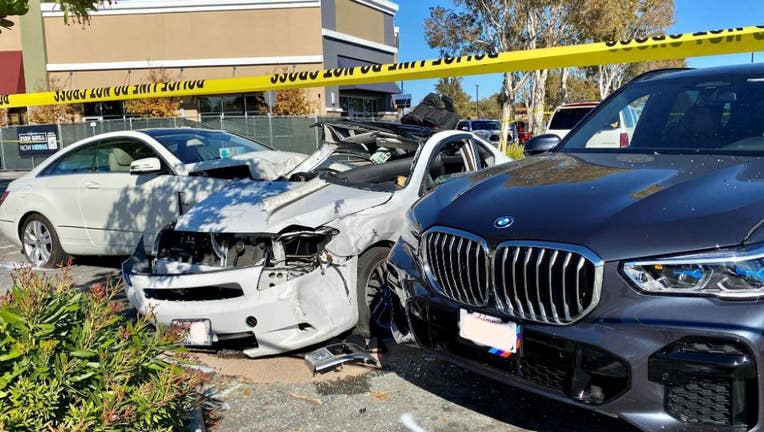 One person has died following a multi-vehicle collision in a Target parking lot in San Mateo.

SAN MATEO, Calif. - A driver injured in a multi-vehicle crash in a San Mateo Target parking lot has died, authorities said on Thursday.

The crash happened Wednesday afternoon in the area of 2220 Fashion Island Boulevard.

"The circumstances surrounding the crash are still under investigation, but it's believed speed played a significant role," the San Mateo Police Department said in a tweet.

Three people were injured in a multi-vehicle crash in a Target parking lot in San Mateo Wednesday afternoon.

The crash involved at least three vehicles and left as many injured.

One of them died Thursday. Two others remain hospitalized in stable condition.