Authorities arrested a woman in England on suspicion of animal cruelty after a dog was found tied to a rock and drowning in a river.

NOTTINGHAMSHIRE, U.K. - A woman in England has been arrested on suspicion of animal cruelty after a dog was found tied to a rock and drowning in a river on Monday morning, according to police.

The Nottinghamshire Police said in a series of news releases the incident happened around 8:45 a.m. near Long Lane in the Farndon, Nottinghamshire when a woman spotted the dog named Bella struggling in the waters of the Trent River.

Officials said the Belgian Shepherd had a carrier bag that containing a "heavy rock" that was tied to her when she was found.

"This was an evil and nasty thing to do to this poor dog and we are making every effort to find out who is responsible," PC Adam Pace, from Nottinghamshire Police said in a statement. "We are lucky that the kind member of the public found and rescued her." 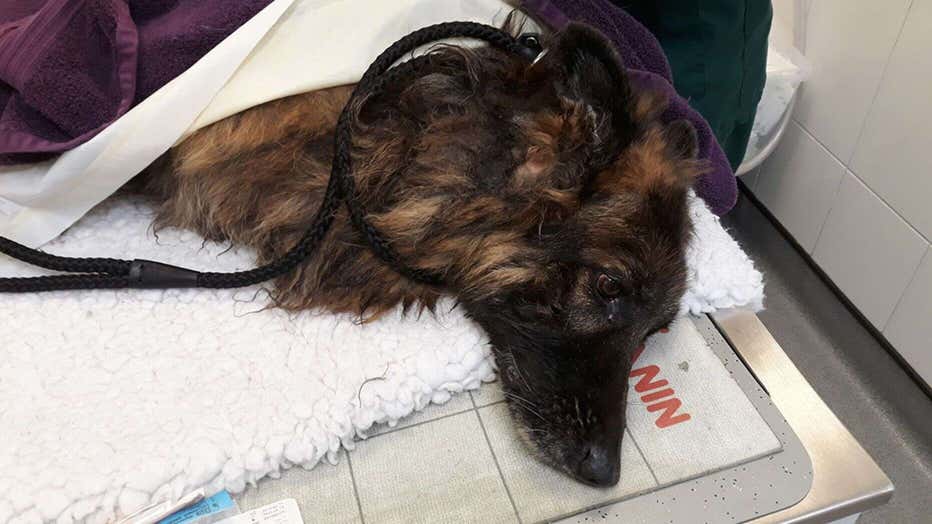 The Belgian Shepherd named Bella was spotted by a woman after struggling to keep afloat in the Trent River in Farndon, Nottinghamshire, on Monday morning. (Photo credit: Nottinghamshire Police)

Photos of Bella released by police show the dog after she was taken for treatment. Police said the dog is now recovering at a local vet and is eating. 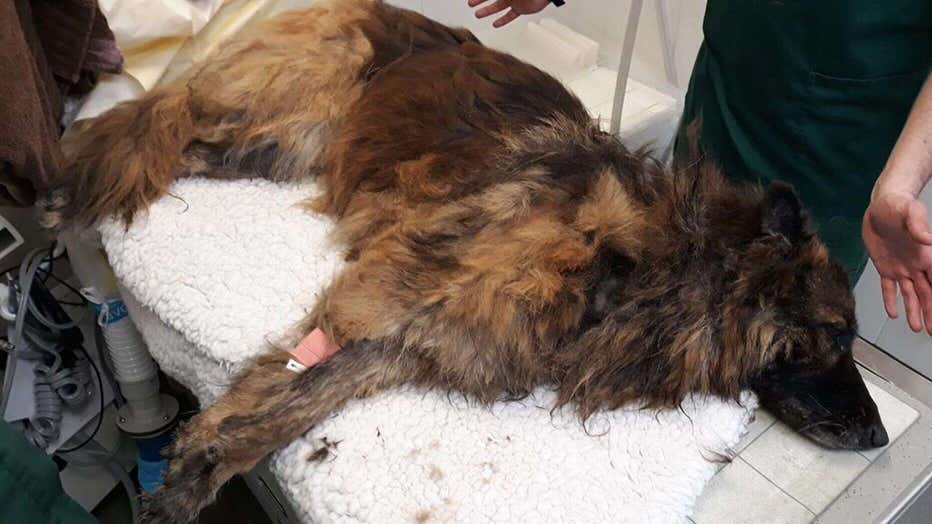 Bella is now recovering at a local vet after the incident. (Photo credit: Nottinghamshire Police)

Another photo shows the large rock that was attached to the dog.

Officials said they are working with the RSPCA and conducting microchip inquiries to see if her owner has changed since she was originally recorded in 2010. 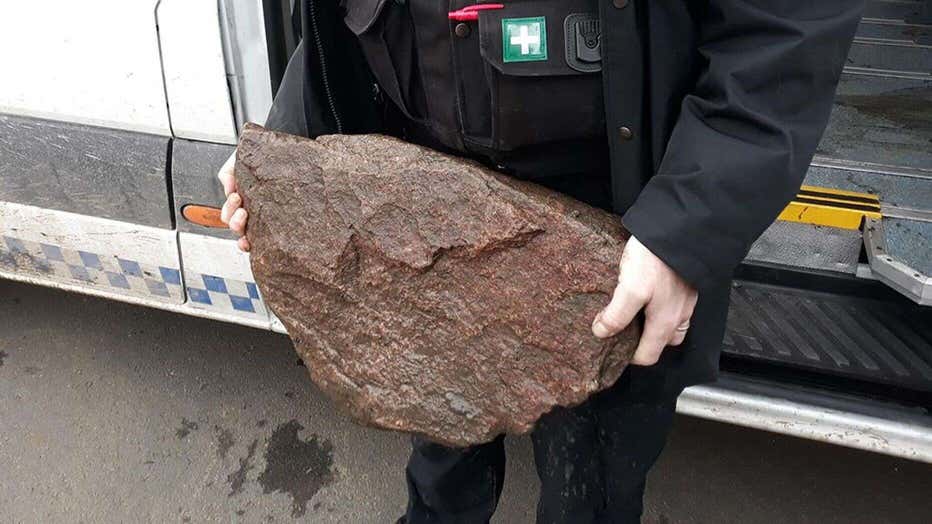 The "heavy rock" that was tied to Bella that authorities found after the dog was rescued on Monday. (Photo credit: Nottinghamshire Police)

After making a public appeal for information, officials announced a 31-year-old woman was arrested on suspicion of animal cruelty. The woman was not named.

Even though authorities made an arrest in connection to the incident, they made an appeal to the public for any information about the circumstances of the incident, including if any other people were involved.

"We are lucky that the kind member of the public found and rescued her," Pace said. "Whilst the dog is still quite poorly she has been showing some encouraging signs by eating so, hopefully, she will be on the mend."

Get updates for this story on FOXNews.com.